Amy Jo Johnson, the original Pink Ranger, will not be in the Netflix 30th anniversary special.

By Douglas Helm | Published 22 hours ago

The original Power Rangers are coming back for a Netflix anniversary special, but one important member will be skipping out. Amy Jo Johnson, who played the Pink Ranger, won’t be along for the ride. It seems like Johnson’s reason is fairly simple, as they didn’t make an offer that she wanted to take.

Others joining for the Power Rangers Anniversary Special are Barbara Goodson and Richard Horvitz. Goodson provided the American voice for Rita Repulsa while Horvitz voiced the robot sidekick Alpha 5. Charlie Kersh will play Minh, the daughter of the original Yellow Ranger.

The Power Rangers anniversary special will see the Rangers facing off against a threat from the past that reemerged to cause a global crisis. The Mighty Morphin Power Rangers: Once & Always Netflix special is celebrating 30 years of Power Rangers, as the original series first aired on Fox Kids in 1993. Since then, there have been over 20 iterations of the superhero TV show and several films.

Along with the Power Rangers anniversary special, Netflix will also be bringing us a new series in 2023 with Power Rangers Cosmic Fury. The renamed Cosmic Fury is technically the third season of Netflix’s Dino Fury series, as it continues the same storyline. Cosmic Fury will see the Dino Fury team traveling through space, gaining new cosmic powers, and battling the villain Lord Zedd.

Cosmic Fury will also introduce new costumes for all the Rangers, and the Dino Fury Pink Ranger (Hunter Deno) will be taking on the Red Ranger suit, making her the first full-time female Red Ranger in the history of the show. While we don’t know when Cosmic Fury is going to air, it’s set to hit Netflix in late 2023. Meanwhile, the Power Rangers anniversary special is set to hit the platform on April 19.

If you’re looking for more content while you wait for the Power Rangers anniversary special, you can check out the first two seasons of Dino Fury on Netflix now. You can also check out the original Mighty Morphin Power Rangers, Power Rangers Super Ninja Steel, and Power Rangers Beast Morphers on the platform. Stay tuned for more news on the upcoming special and Cosmic Fury as their release dates get closer. 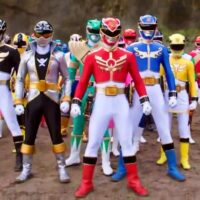 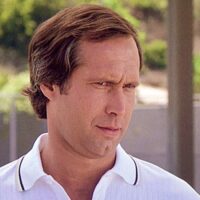