Gravitas Ventures has acquired the rights to The King’s Daughter. The historical fantasy romance starring Pierce Brosnan had been shelved just weeks before its release in 2015. Test audiences didn’t like the visual effects used to create the mermaid and the delay was intended to fix this. Until now, the movie just seemed to have disappeared.

The Pierce Brosnan starrer is based on the 1997 novel The Moon and the Sun by Vonda N. McIntyre. Interestingly, McIntyre originally wrote The Moon and the Sun as a screenplay in 1994. After meeting with various producers like Danny DeVito, Steven Spielberg, and Oliver Stone, she realized it was too expensive to produce. So instead, she adapted it into a novel, which famously beat George R.R. Martin’s Game Of Thrones for the 1997 Nebula Award.

After being picked up by Paramount Pictures, principal photography on The Moon and the Sun began in early 2014. After the two-week shoot in France, production moved to Australia for shooting at Docklands Studios Melbourne. A few months later Pierce Brosnan shot scenes in Old Quad at The University of Melbourne, with the set transformed into a Versailles abbey. Production wrapped at the end of May in 2014. But the studio scrapped the movie the following year (via Film Stories).

Shot at the Palace of Versailles, the story centers on King Louis XIV (Pierce Brosnan) whose quest for immortality leads him to capture a mermaid with plans to steal her life force. But things get complicated when his long-lost illegitimate daughter, Marie-Josèphe who has recently arrived at Versailles forms a bond with the magical creature. Veteran family film producers McNamara and David Brookwell produced for Brookwell McNamara Entertainment, alongside an international group of producers from Australia to America to France, reports Deadline about the Pierce Brosnan movie.

Speaking about the film’s release, Gravitas Ventures Founder and CEO Nolan Gallagher said the company is excited to bring the magical world of The King’s Daughter (starring Pierce Brosnan) to theaters and homes across North America. He added that it’s an impressively created film and moving story that families can enjoy together.

Moreover, the movie proves that romance, adventure, and true love do exist with Kaya Scodelario (Marie Joseph) and Benjamin Walker (Yves). After working on the movie together they fell in love in real life and started a wonderful family. If that’s not enough to intrigue viewers, the incomparable Pierce Brosnan as King Louis XIV radiates a vision of immortality that will enchant audiences. The King’s Daughter is set for a theatrically exclusive release at approximately 1000 locations across the United States and Canada on January 21, 2022. 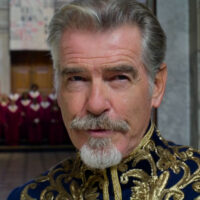 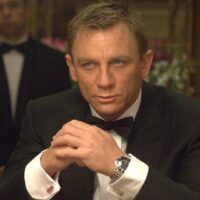 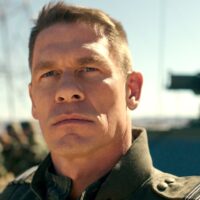