It’s been almost a decade since we last saw Percy Jackson on the screen, with that movie franchise petering and stalling out somewhat in the middle of its run. It was a disappointing effort for a wildly popular character and set of books, that just didn’t live up to what fans (or the character’s creator) had in mind. Now, Percy Jackson is getting a second chance, this time as a television series and there are going to be some major differences this time around. First and foremost, Rick Riordan is much more involved with the process and pumped to be part of it. He shared as much on his Twitter account announcing the start of filming.

Riordan is active on Twitter and the update shared on Thursday is an exciting one for fans of the character and the series. To announce that the show has gotten underway, he posted a picture of a set chair with his name on it, a striking difference from what happened with the movies. And it would appear that much isn’t lost on the author who was more than a little critical of what happened the first time around. Check out when Rick Riordan had to post about Percy Jackson on Twitter.

This post from Rick Riordan was meant to celebrate the first scene filming for the Percy Jackson and the Olympians series which will be coming to Disney+. They’ve recast the three leads for this series, originally played by Logan Lerman, Alexandra Daddario, and Brandon T. Jackson. For the show it will be The Adam Project’s Walker Scobell as Percy, Leah Sava as Annabeth Chase, and Aryan Simnhardi as Grover Underwood. The show is set to much more closely follow the path and story of the books, something that didn’t happen the first time around with the movies.

Rick Riordan was extremely critical at the time of the Percy Jackson movies, saying he had very little input in the process and even admitted to never seeing. Those movies were Percy Jackson & the Olympians: The Lightning Thief and Percy Jackson: Sea of Monsters. While between them they totaled about $430 million at the box office (on about $185 million in budget dollars), the critical reception was rough with the flicks sitting at 49% and 42% respectively. A planned third movie was never made and the franchise looked scrapped for the foreseeable future.

But with the streaming wars, no title is off-limits and it makes sense to give the Percy Jackson folks another run at it. There’s a good chance that with the world Rick Riordan created, and some more creative backing from the author himself, a series in this form has a much better chance to land with audiences. Again, this is a book franchise that’s sold more than 180 million units over the years. Kids and adults alike love this character. The first season will have eight episodes in total, though with production just starting this week it’s a bit unclear exactly when it will hit the streamer. 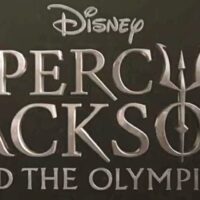 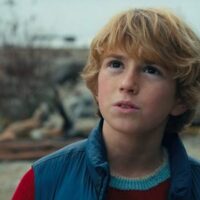