From Clueless to Wet Hot American Summer, Paul Rudd has had a consistent acting career since the ‘90s. Now more popular than ever, the actor is known for his graceful aging and affable personality. After winning People’s Sexiest Man Alive in 2021, Rudd accepted in the only way the actor could. With a great sense of humor. “I mean I’m going to lean into it hard. I’m going to own this. I’m not going to try to be like ‘Oh, I’m so modest.’ I’m getting business cards made,” Rudd told People. The Ant-Man actor is experiencing a renaissance due to involvement in Marvel, but his previous works shouldn’t be forgotten. Paul Rudd comedies were at their height a decade ago. One film in particular is streaming on Hulu and fans can’t get enough.

At #5 on the streaming platform, the movie Role Models is a blast from the past. Before Paul Rudd played Scott Lang, the actor had a string of successful and outrageous comedies. I Love You, Man and This Is 40 were among just some of the hilarious appearances from the actor. Role Models is certified fresh on Rotten Tomatoes with a 77%. Though the premise veers into outrageous territory, this rating is no fluke. Role Models unites an amazing cast with Rudd joined by Elizabeth Banks and Sean William Scott while detailing a heartwarming tale of acceptance.

Role Models depicts the tale of two co-workers who get in over their heads. Danny (Paul Rudd) and Wheeler (Sean William Scott) work for an energy drink company called Minotaur. The two drive around in a truck shaped like the creature from ancient mythology while they try to market the drink to school kids in order to keep them from taking drugs. Wheeler is content in his job as the Minotaur mascot, whose main role is to support Danny’s pitch in costume. However Danny is in a rut. He and Beth (Elizabeth Banks) have been in a relationship for seven years while Danny has become more and more miserable. Dissatisfied, Beth leaves the relationship after a failed marriage proposal.

This drives Danny to act out, resulting in him driving the company truck into a statue. In order to stave off jail time, Danny and Wheeler must successfully complete a month of community service at Sturdy Wings, a stand-in for the Boys and Girls club. Role Models works because it essentially functions as a romantic comedy. Paul Rudd’s Danny must learn a valuable lesson in order to change as a person. But he makes this change not through the relationship with his love interest, but with the friendship he forms with his charge at Sturdy Wings.

Augie (Christopher Mintz-Plasse) is Danny’s charge who spends his days LARPing. His parents have condemned Augie for being strange. Though Danny agrees with this at first, he learns to accept Augie and even join the role-playing in the end as well. Danny becomes less miserable and even wins his girlfriend back. Paul Rudd as well as Sean William Scott play up the humor in the film. But that’s not the only thing that makes the movie work. The film is about kids that feel dejected for various reasons and although Danny and Wheeler are the most unlikely people to be role models, they find that they need these relationships in their lives.

Role Models is a comedy, but also a film with values and a satisfying ending. Danny learns to appreciate life and become a better version of himself, as well as helping kids that need guidance. Upon release, the film seemed like a homerun. It made a profit of $100 million globally (via Decider). Even so, the film has been somewhat forgotten. Directed by Wet Hot American Summer’s David Wain, the film has not stood the test of time despite having a clear concept and stacked with a great cast. This may also have to do with the heights that Paul Rudd’s career has taken. Though the actor still dabbles in humorous content, his recurring role in Marvel franchise movies have made him more than a household name. Still, fan are rediscovering it today on streaming.

Marvel is so relevant in pop culture that it is impossible not to know what the newest film is at any given moment. Spider-Man: No Way Home has shattered records and many are anticipating the upcoming Doctor Strange in the Multiverse of Madness. Paul Rudd shows his trademark humor as Scott Lang, but in many ways has surpassed the broad comedy trope. Even Sean William Scott admitted that rated R comedies may be a thing of the past (via Cinema Blend). Though unfortunate, Rudd has proven to be one of the most sought after actors. His most recent television endeavor teams him back up with Will Ferrell in The Shrink Next Door (via Entertainment Weekly). And Rudd will be reprising his role as Ant-Man in the upcoming film Ant-Man and the Wasp: Quantumania. Today, fans can check out his past film, Role Models, streaming on Hulu. 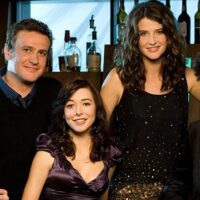