It has almost been a month since the release of Ghostbuster: Afterlife and many who have watched the film are still scratching their head over the villainous, Gozer the Gozerian’s identity. Despite the heavy full-body makeup, it is Olivia Wilde who appears as the demonic entity who first plagued the Ghostbusters in the 1984 original film. But when the credits roll, not only is the actress uncredited, but also Canadian choreographer and dancer Emma Portner is listed as the one who plays the character while Shohreh Aghdashloo’s name appears as the voice of Gozer. Fortunately, we don’t have to question our senses anymore as a recently released behind-the-scene photograph of Olivia Wilde as Gozer has put all the doubts to rest.

Arjen Tuiten, one of Ghostbuster Afterlife’s makeup artists, took to Instagram to share a behind-the-scenes photo from the sets of the films. In the picture, Olivia Wilde is posing, channeling her character’s haughty portrayal on-screen and flaunting the impressive full-body makeup. As stated by Tuiten, it took approximately 5 hours 50 minutes to do the complete makeup. Kudos to Wilde for patiently sitting through the entire process even though she wasn’t even going to be credited for the role. Check out the picture of Olivia Wilde as Gozer below:

Olivia Wilde joined a large cast for the movie. Ghostbusters: Afterlife amped up its nostalgia game by bringing back some of the actors who played beloved characters in the original film, like Bill Murray as Dr. Peter Venkman and Dan Aykroyd as Dr. Raymond “Ray” Stantz. But the biggest highlight of the film was the comeback of the first film’s major villain: Gozer the Gozerian. In the original film, model Stavitza Jovan appeared as the physical manifestation of the Sumerian god while actress Paddi Edwards voiced the character. The same technique was used in the new Ghostbusters, where Emma Portner plays the CGI spirit form of Gozer, Shohreh Aghdashloo gives the entity its sinister voice, while Olivia Wilde appears as the tangible version of the God onscreen.

Above, you can see the close-up of Olivia Wilde in character. Below, you can see Gozer the Gozerian in the 1984 Ghostbusters.

While it took a long time for fans of the actress to get the confirmation that she indeed plays Gozer in Ghostbusters: Afterlife, Giant Freakin Robot had exclusively reported weeks before the film’s release that Olivia Wilde would play the iconic character of Gozer the Gozerian in it. Gozer was the prime villain in the OG Ghostbusters film and defeated the team many times before they managed to banish the entity back to its dimension. The evil god is not only the major threat in Ghostbusters: Afterlife but appears to be even scarier than its previous iteration and proves to be a big headache for both the returning and new team members. Given the fact that Wilde gives a highly commendable performance as well as the hours she endured getting into character, the actress not being credited baffles us. 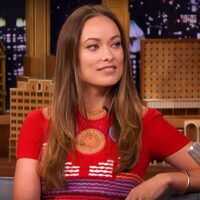 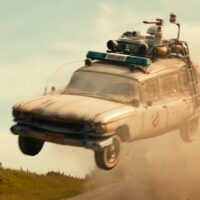 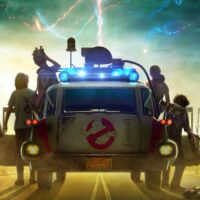 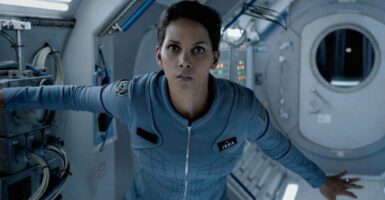