Andrew Stanton, who wrote the last two episodes of Obi-Wan Kenobi, admits to feeling handicapped in his storytelling by Lucasfilm demands to adhere to canon.

Obi-Wan Kenobi, the Star Wars live-action series for Disney+ that aired earlier this year, was one of the most eagerly-anticipated Star Wars projects of the Disney era, and in true Star Wars fashion, it was among the most divisive among fans. Although fans praised both Ewan McGregor and Hayden Christensen for their performances reprising their roles, fans were less enthused with the wayward script and direction of the episodes. Now, in a surprisingly candid new interview with Gizmodo, Wall-E and Finding Nemo director Andrew Stanton is discussing his experiences writing for the series, stating that Lucasfilm’s demands hindered the storytelling process.

Stanton wrote the last two episodes of the event series, calling it both a “blessing” and a “curse.” He said that Lucasfilm had very set parameters as to what could and could not be covered and explored, in an effort to adhere to the saga’s canon.

While fans have been critical of the Sequel Trilogy’s changes and retcons of Star Wars canon, it appears Lucasfilm’s efforts to stick to that canon had a negative effect on those writing the series. Stanton talked about the joy of writing Star Wars (he’s an admitted fan), saying “It’s like one, you’re geeking out that you get to type ‘Vader says’ this and ‘Kenobi says’ that. You pause and say ‘I can’t believe I’m actually getting paid to type this. I can’t believe these words may be said.'”

However, as Lucasfilm began to limit the ideas he had, his feelings changed, as executives in the story division had to approve his storyline. “It has to go through such a rigorous like ‘Does that fit the canon?’ And I feel like it’s bittersweet.”

While he understood the need to stay faithful to the canon, he felt something was lost in the storytelling process when Lucasfilm approved (or rejected) his ideas. “(Lucasfilm oversight) also kind of doesn’t allow, sometimes, things to venture beyond where maybe they should to tell a better story. So it can sometimes really handicap what I think are better narrative options. And so I was frustrated sometimes – not a lot – but I just felt it wasn’t as conducive,” he said.

Although most fans agree the final two episodes Stanton wrote were the best in the series, and were closer in tone and content to what they expected to see in an Obi-Wan Kenobi series, there will undoubtedly be wild speculation as what Stanton was prevented from writing or exploring with those episodes.

Stanton gives no specifics about the actual plot points or ideas that came under discussion, so it will be difficult to determine whether Lucasfilm was right in their demands, or if Stanton was kept from telling a fantastic story.

Andrew Stanton is a two-time Oscar winner for his work on Finding Nemo and Wall-E, so one can expect the quality of his work will be very good. That will likely lead to speculation from some fans that Lucasfilm likely kept him from delivering a fantastic story. They point to the fact that many consider Duel of the Fates, the Colin Trevorrow script Lucasfilm rejected for Episode IX, to be a far superior story compared to The Rise of Skywalker, so they claim their input cannot be trusted.

We know that Lucasfilm under Kathleen Kennedy’s leadership has been tumultuous and heavily criticized. Nearly every major Star Wars production in the Disney era has seen significant issues or personnel changes. Rogue One: A Star Wars Story was basically reshot and a completely different movie made after the director and composer were fired. Solo: A Star Wars Story fired its directors, and Ron Howard was brought in.

Fan reactions to Episode VIII: The Last Jedi were so negative, Lucasfilm tried to correct it by changing multiple aspects of The Rise of Skywalker, and came out with a film many fans feel was even worse.

Still, the response to Obi-Wan Kenobi was so positive, a second season is being heavily considered. Perhaps, Stanton will get another chance to tell the story he wanted. 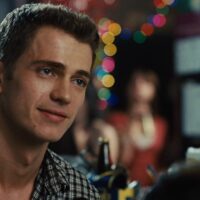 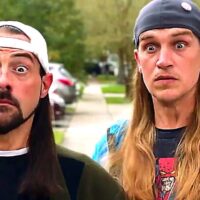