It’s a bird! It’s a plane! It’s… Nicolas Cage? That’s right, there was a time when it looked like the Pig actor would be taking on the role as the Man of Steel himself. Back in the 1990s, when things were more fun and some of the best titles in film were coming out, Cage was getting ready to stretch on some tights and toss on a cape. In fact, he did do both of those things as there are photos of the actor in which he’s wearing the DC superhero’s recognizable outfit. Like we said, things were just better back then. And, like the real hero he is, Cage recently reignited hope for fans everywhere that there still may be a chance for him to step into the high-top red boots of the hero.

In a recent interview with GQ, the actor answered just about anything and everything fans could throw at him. When a fan brought up the Nicolas Cage-starring 1997 Tim Burton-directed Superman movie, Superman Lives, things got interesting. A commenter on the post asked “Why can’t they just make this now?” and we began to see the wheels turning in the performer’s head. Following a brief pause, the Face/Off actor said, “Would it matter how much time I appeared as the character?” And just like that, a conspiracy theory was born.

Let’s head off on a time-traveling adventure for just a moment. Back in 1989 and 1992, Tim Burton put his own spin on the city of Gotham in Batman and Batman Returns, respectively. The movies were very Burton-esque, meaning they were dark with even darker comedic tones surrounding the caped crusader and the villains pursuing him. Because of this, they weren’t necessarily loved by one and all, but with Danny DeVito’s performance of the Penguin, that just doesn’t make sense to us. Unfortunately, Burton never got his third installment to his own take on the franchise, but he hoped to spread his wings in other DC-based stories ie Superman. The obvious man for the job was Nicolas Cage. But, it would never be so. While we have the mesmerizing photos of Cage in the Superman costume, the film wouldn’t soar out of pre-production.

That catches us up to present time. Delayed by COVID-based restrictions, DC has finally set a date for their feature-length film, The Flash. Slated for a release of June 23, 2023, the film will follow Barry Allen aka The Flash (Ezra Miller) on a timehop of his own. Hoping to stop those responsible for his mother’s murder, Barry will soon learn, like many fans of the MCU know, that time traveling is never the answer. Because of his actions, the walls of time and reality are going to shift around, causing DC characters of days past, including Michael Keaton’s Batman, to make appearances in the film. So, the same could be true for Nicolas Cage’s Superman. The answer the actor gave during his GQ interview is certainly suspect. Why would he ask such a specific question if he wasn’t planning on making a cameo as Superman in the upcoming time-twisting film? While we don’t have any further proof beyond this, we highly suggest that you check out the clip to see how Cage handles the question. It’s also worth a full watch for questions including “In Ghost Rider, are Nicolas Cage’s abs real?” spoiler – they are! 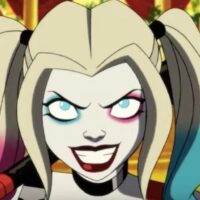