Actor Drake Bell, best known as the former star of the Nickelodeon show Drake & Josh that aired from 2004 to 2007, was recently arrested in Cleveland, Ohio, and charged by a court for attempted child endangerment. While he initially denied the charges, Bell has pleaded guilty in Cuyahoga County court Wednesday of the multiple charges against him.

After his arraignment on June 3, the Nickelodeon star pleaded not guilty to the two counts of crimes against a 15-year-old child in Ohio in 2017. Bell had been accused of attempted endangering of children, a fourth-degree felony, as well as charged for disseminating matter harmful to juveniles, a first-degree misdemeanor. At the time, he pleaded not guilty to both the charges and was released after he posted a $2,500 personal bond. He was then ordered by a judge to submit DNA to the sheriff, was instructed to not contact the alleged victim, and his hearing, via Zoom, was scheduled to take place on June 23, 3021.

As reported by Fox8, during the hearing, Judge Timothy McCormick explained to former Nickelodeon star Bell that if he pleads guilty to the charges against him, it would be treated as an acceptance and admission that he did commit the crimes. As the Nickelodeon star proceeded to plead guilty, he can now be sentenced to six to 18 months in prison and/or a fine of $5,000 for attempted child endangerment and six months in jail for the second charge and/or a fine of up to $1,000.

Post his stint on Nickelodeon, apart from other TV shows and films Drake Bell has also released multiple albums and performed in concerts. As reported by CBS News, Tyler Sinclair, a public information officer with the Cuyahoga County Prosecutor’s Office, has shared that the 15-year-old alleged female victim in the case had filed a report against Drake Bell with her local police department in Canada in October 2018. According to her, the incident took place while she was attending Bell’s concert in a nightclub in Cleveland, Ohio. Following the filing of the report, the Canadian authorities shared the details with the Cleveland police and an investigation was started.

During the investigation, it was discovered that while the incident took place in 2017, the alleged victim and Bell had established a relationship years ago. It was also found that former Nickelodeon star Bell, who was 31 at the time, had sent the minor many inappropriate social media messages in the months before the concert. Now, that Bell has pleaded guilty to the charges against him, a hearing for his sentencing is scheduled for July 12 at 12 pm during which the victim will also provide a statement.

Drake Bell is not the only former Nickelodeon star who has had trouble with the law. Former Nickelodeon star Amanda Bynes has been arrested multiple times for possessing marijuana and for driving under influence. Chris Massey, star of the Nickelodeon series Zoey 101, was arrested in 2016 for domestic violence against his girlfriend Cassalei Jackson. Only the upcoming hearing will tell whether Bell’s case will end with just a fine or with him sentenced to jail time. 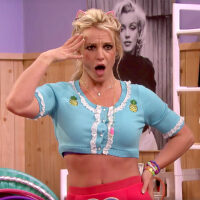