A portion of Nichelle Nichols's ashes will be sent on a journey into deep space.

At the end of July came the devastating news that Nichelle Nichols–best known as the actress to play the groundbreaking role of Nyota Uhura on Star Trek: The Original Series as well as much of the media than spun out of the show–had passed away at the age of 89. Trek fans, creators, cast, and voices from the top tiers of both Hollywood and the White House joined in celebrating her life while mourning her death, and now comes the news that Nichols will be honored in perhaps the most fitting way imaginable. Part of Nichelle Nichols’s remains will take a voyage similar to that of her fictional counterpart; into the great beyond.

According to a report from Universe Today, Nichols’s son Kyle Johnson has given a portion of his mother’s ashes and DNA to be part of the special “Enterprise mission” organized Celestis–a company in based in Houston that has arranged for remains to be taken to space since the late nineties. Nichelle Nichols’s remains are set to fly “beyond the moon” as part of United Launch Alliance’s Vulcan Centaur mission, whose primary goal is to deliver a robotic lander to the surface of the Moon. The mission is scheduled to launch in December.

Nichelle Nichols won’t be the only Star Trek alum whose remains will be a part of the “Enterprise mission.” The samples of her remains will be joined by similar samples from Star Trek creator Gene Roddenberry; his wife Majel Barrett-Roddenberry who played Number One in Star Trek‘s unaired pilot “The Cage,” Nurse Chapel in the rest of the original series, the overbearing Lwaxana Troi in The Next Generation and Deep Space Nine, and the computer voice for Starfleet ships in just about all the TNG-era shows and movies; James Doohan who played Enterprise Chief Engineer Scotty; and visual effects master Douglas Trumbull who not only worked on Trek’s feature film debut but on such sci-fi landmarks as 2001: A Space Odyssey, Blade Runner, and Close Encounters of the Third Kind.

Considering her contributions to us all, we feel safe in saying there’s no one from the cast or crew of any Star Trek production who more deserves this kind of honor than Nichelle Nichols. Anyone who thinks representation in media doesn’t matter would do well to study the impact Nichols made simply by being part of Star Trek‘s cast. The words from prominent Black actresses both after and long before Nichols’s passing makes it clear how much she inspired the underrepresented to fight their ways into the spotlight. Along with being honored by Zoe Saldana, Sonequa Martin-Green, and Celia Rose Gooding in the wake of her passing, for decades Whoopi Goldberg has given spoken of the hope she felt seeing a Black woman officer aboard the Enterprise.

Through some of those women, the legacy of Nichelle Nichols is destined to be carried on in another way. While Nichols played Uhura for the last time in live-action in 1991’s Star Trek VI: The Undiscovered Country, Saldana is set reprise the role of the Kelvin Timeline‘s version of Uhura in the upcoming Star Trek 4. Likewise, Gooding plays the cadet Uhura on Paramount+’s prequel series Star Trek: Strange New Worlds. 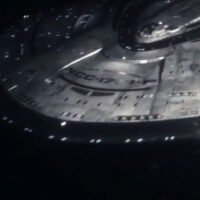 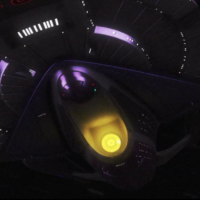