Superman Lives was the Nicholas Cage-led, Tim Burton-directed Superman movie the world never got. Early drafts turned in by Jonathan Lemkin and Gregory Poirier had dubbed the film Superman Reborn, but the script’s lackluster quality failed to woo Warner’s creative executives and necessitated a Kevin Smith rewrite. Now, though, we have an idea of how Nic Cage might have looked in the film, and it’s terrifying.

The above video imagines what Nic Cage would have looked like had he been Superman. While there is footage of Cage trying on a version of the Superman costume – which is somehow even more unsettling than this video – this video actually puts Cage into the character. More specifically, this deepfake video places Cage’s face over Henry Cavill in Superman Returns. One could say, it’s almost a face-off situation.

Deepfake technology is usually really uncanny and subtly scary, a classic example of, “Just because we can doesn’t mean we should.” It’s an unsettling video but it really does look like Nic Cage actually donned Superman’s cape and costume.

Deepfakes present a number of concerns. With good deepfake technology, anyone can create the illusion that someone – usually a celebrity of some sort – is saying something they never actually said or even would say. The problems deepfake technology has brought bubbling to the forefront of many tech-centric conversations will likely grow in number and severity. That is why it is so important to use discernment and discretion when viewing anything online. But don’t worry, this particular use of deepfake technology likely won’t harm anyone, so knock yourself out and enjoy this creepy Nic Cage Superman.

Warner Bros. originally wanted to reboot the Superman film franchise in the 1990s, and it saw Superman Lives as the perfect way to recast and reintroduce the hero. After finding massive success with Batman and Batman Returns, Tim Burton was tapped to direct and Nic Cage signed on to star as Superman. Eventually, the screenplay was taken on by Wesley Strick, who wrote Martin Scorsese’s 1991 film Cape Fear before moving on to other high-profile projects. Recently, Strick wrote and executive produced the Prime Video series, The Man in the High Castle. Strick had also worked with Tim Burton before, as he had also worked on an uncredited rewrite of Batman Returns.

While most deepfake technology tries to bring unbelievable ideas into reality, Nic Cage did almost play Superman in the early 90s and this is a strange reminder of what that could have been like. Of course with Burton as director, this Superman would’ve likely been darker than what we’ve come to expect from the character, but it certainly would’ve been a strange curiosity. The 90s gave us some of the best work from both Cage and Burton, so it’s weird to think of how their careers would have changed had they united on this Superman project. Since then, Burton and Cage have never worked together on a film that actually saw the light of day.

Nic Cage might have never got the chance to play Superman, but with the DC Universe looking to eventually have Michael Keaton and Ben Affleck playing Batman in the same movie, maybe there’s still hope to see Cage in the Superman suit in the future. 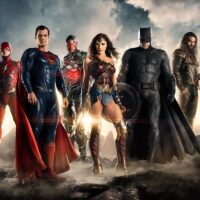