The search for the next 007 has been well underway, with many prolific actors being thrown into the mix to play the world’s most popular secret agent. Idris Elba, Cillian Murphy, and Tom Hardy have all been mentioned as heavy favorites to land the role. Rege Jean-Page of Bridgerton fame has also been topping the charts to take on the mantle. As of late though, the beloved Henry Cavill has been stealing the thunder away from the previously named men. Even with Cavill’s most recent popularity, a new betting favorite has emerged. Michael Fassbender has seemingly been overtaking recent betting odds.

People will certainly use any excuse to bet on odds from all manner of sports to who might be selected as the next 007. That is certainly the case for the odds that were revealed on Oddschecker. According to more recent bets, Michael Fassbender has overtaken the numbers. Throughout the last seven days, Fassbender has jumped ahead by taking in 24% of the bets coming in. That is a great deal more than the second place 16.8% which belongs to Henry Cavill. Fassbender entering the conversation is surely a surprise, as he hadn’t appeared on the top ten for betting until just recently. He had been sitting at +2500 odds, which kept him low on the list.

Fans of Michael Fassbender might be overjoyed that he has entered the betting odds for landing the coveted 007 role. He’s famously played Magneto in the most recent X-Men films. He’s also played Steve Jobs, David in Prometheus, and a reoccurring role in the Alien sequels that followed. Fassbender is certainly a prolific actor that would be a fantastic choice to play James Bond. However, fans might also want to keep petitioning for Henry Cavill to win, as he has been beloved by all. Going from portraying Superman and Geralt, to 007 would be quite a feat.

In terms of who would play a better 007 between Henry Cavill and Michael Fassbender would be tough to say. Both are men of great talent, and they certainly have the resumes that should keep them well in the conversation. However, it could come down to availability. As previously mentioned, Cavill is highly beloved, but his schedule looks quite busy. The man is currently involved in Enola Holmes 2, where he plays Sherlock Holmes. He is also set to appear in Argyle, which is a film about a globe-trotting secret agent. Both films are set for a 2022 release. It sure sounds as if he might be the one to choose. Fassbender, on the other hand, is set to appear in the new Taika Waititi film, Next Goal Wins. He is also set to appear as Colt Magnum in Kung Fury 2, which is currently in post-production.

While both men seem to be equally busy, this new emergence of betting odds for Michael Fassbender might just be a fleeting moment. Henry Cavill is sure to be a higher and more coveted choice at this point, even though he is currently in fourth place on overall odds to play 007. Whatever does happen, it would be interesting to see either of the men suited up as James Bond. 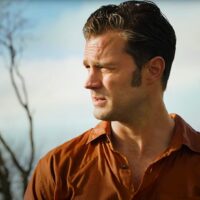