Netflix has no shortage of movies to stream, many of them controversial and intriguing. Though for all of their content, I’m not sure how often the casts of different movies receive actual threats of violence because of some controversy within the film. But that’s apparently the case with one of their latest flicks, Mosul, with the cast getting death threats from ISIS because the latter disagrees vehemently with the plot. It’s a scary proposition for the cast and crew, thinking their movie might have left them in the crosshairs of an angry group.

Apparently, members of ISIS, the militant Islamic group, have taken exception to Netflix’s Mosul in a major way and have sent a number of threatening messages to the cast of the movie through a variety of social media accounts. They include specific threats about killing cast members because of their role in the film. It’s a rather disturbing set of circumstances for those involved and one hopes they are merely empty intimidation efforts of internet trolls rather than substantial and credible threats.

Threats were made specifically to the show’s stars Suhail Dabbach and Adam Bessa through their social media accounts and made disgusting references to beheadings as well a number of nods to violence. It was paid enough mind that Netflix tasked extra security details for the actors in wake of the news.

Mosul is one of Netflix’s latest original movies and details the story of an Iraqi S.W.A.T. team during the 2016 Battle of Mosul. It was during this time that the fighting unit was dispatched to eradicate ISIS from the city, which they had controlled for more than a year. The movie details the struggle with and ultimate defeat of the group, bringing some stability to the city.

Netflix had to have been happy with the reception and it reportedly was one of the most-streamed movies over the last couple of months in both Europe and the Middle East. And though it *only* has 31 reviews, the movie is sitting at 84% on the Rotten Tomatometer with critics praising both the performances and the general tone of a movie which details a very difficult time.

Joe and Anthony Russo, of Avenger’s fame, were on board producing Mosul. This follows their other work with Netflix over the summer when they produced (and Joe wrote) Extraction starring Marvel Cinematic Universe alum Chris Hemsworth. It was a huge hit for the platform, earning some of the best streaming numbers of the year. Mosul was following a similar trend in some other foreign markets.

Threats of violence over social media aren’t tantamount to actual physical violence, but they are scary nonetheless. Here’s to hoping that those associated with the Netflix movie are simply victims of loser trolls and not those who would actually perpetuate some kind of crime because they didn’t like the theme of a movie. This is a story to keep track of going forward especially if it makes the platform rethink some of its production and script choices. 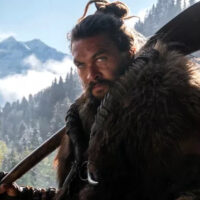