Dodge hatches a new scheme to rally Kinsey to her side in the second season trailer of Locke & Key, a supernatural young adult series adapted from Joe Hill and Gabriel Rodriguez’s IDW comic book of the same name. The new season depicts the Locke family in the flux of transition; the siblings had just gotten rid of Echo, a demon from the Plains of Leng, by using the Omega Key on the black door in the closing of the first season — or so they’ve convinced themselves. Turns out Echo, then posing as Rendell Locke’s best friend Dodge, had used the Identity Key to swap places with Ellie before being chucked out, and continues to exist in the human realm as Gabe, Kinsey’s current love interest. Check out the ominous first trailer below:

Season two of Locke & Key begins with a few precious moments of false security: all is back to normal in the Keyhouse and the children are returning to school very soon. Tyler, Kinsey, and Bode (Connor Jessup, Emilia Jones, and Jackson Robert Scott) are still trying to wrap their minds around the provenance and inner nature of the keys, desperate to better arm themselves against future attacks.

Rendell’s younger brother Duncan (Aaron Ashmore) warns them against tampering with any more keys, describing them as being capable of bringing about either “the greatest good or the darkest evil.” The Locke & Key kids can be seen using the Head Key on their uncle, presumably with the goal of uncovering more information about the demons of Leng and the event that originally brought Echo into the world of the living. In the comic books, the Head Key allows the user to peer into someone else’s mindscape and in some cases, face personified representations of their strongest emotions.

While all this is going on, family matriarch Nina Locke (Darby Stanchfield) is in group therapy for her time in the mirror dimension, a memory that continues to elude her all the way into season two. Bode choosing to free her is what ultimately set off the events of the show; the youngest Locke made a deal with Echo (then simply the well lady of Keyhouse) to save Nina, and in exchange, he gave the demon the Anywhere Key. This allowed the demonic spirit to finally escape the well after decades of imprisonment. But this is Locke & Key, and Nina is haunted by this gap she can’t account for, her sanity routinely tested by certain memories she is able to dig up.

She is wracked with visions she can’t explain and seeks to be liberated from her nightmares. Echo (Laysla De Oliveira) can be seen traipsing through a frozen pond, which happens to be Nina’s mental expanse when accessed with the Head Key. Craving answers, Nina implores a reluctant Kinsey to confide with her about recent events, only to be responded to with uneasy silence.

But Locke & Key is about to get a touch crazier. Echo (or Dodge, as the Netflix adaptation prefers to call her) is plotting her revenge behind the scenes, this time with an ally in tow: the Leng demon who inadvertently possessed Eden Hawkins (Hallea Jones) in the previous season finale. “Eden” is perplexed over Echo’s decision to inhabit Gabe, an awkward nerd with little sway over Matheson Academy’s reigning social caste. Echo believes nobody would ever suspect a fairly unassuming little boy who has fallen madly in love with Kinsey to be capable of hurting anyone, much less the remaining members of the Locke family. Gabe (Griffin Gluck) has become Echo’s new Trojan Horse and she uses the form to commit a number of unsavory acts. Echo as Gabe manipulates Kinsey into trusting her and Bode into coughing up more keys. He attacks innocents and lets inhabitants from otherwise perilous dimensions loose into the human realm, causing every manner of chaos in her wake. Her goal: to fashion keys of her own with every new demon of Leng released.

An intriguing portion of the trailer is devoted to a group of British Redcoats, soldiers from the American Revolutionary War loyal to the English crown. Someone from the present-day must have used the Timeshift Key, a unique temporal item that allows users to view the past through a grandfather clock. Given the history of the Keyhouse, any period from January 13, 1775 to December 31, 1999 can be surveyed — even opened a portal to, based on what was shown in the trailer. A small battalion of confused Redcoats, led by Kevin Durand’s Frederick Gideon, finds itself facing a crack in time. In the original Locke & Key comics, beneath the future Keyhouse is a portal to the plains of Leng, where Echo and her brood originate. A group of Rebels discovered it during the American Revolution, where they were promptly attacked and possessed by demons. Blacksmith Benjamin Locke created the keys that eventually protected humanity from the black door. The Netflix adaptation seems to have exercised sufficient creative license once again, replacing Patriots with villainous Redcoats. Gideon is depicted as a baddie in season two.

Locke & Key debuted last year to critical acclaim and was granted a second season only a month later. The Harvey nominated show was then renewed for a third season ahead of the season two premiere on October 22. The Netflix series often plays it fast and loose with several of the comic book’s central plot arcs, but generally honors the spooky and rather ominous energy of the original with the heavy supernatural elements. Nonetheless, some fans have criticized the adaptation for being more young adult (YA) than creature horror, significantly downplaying the inherent foreboding of the comics.

The second season of Locke & Key, adapted for the screen by Carlton Cuse, Meredith Averill, and Aron Eli Coleite, hits Netflix on October 22. 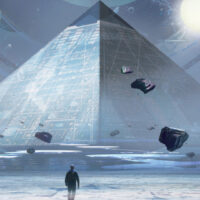 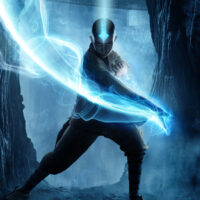 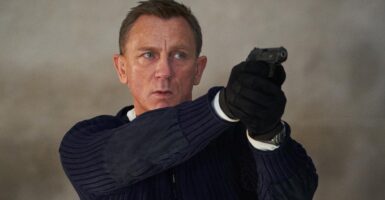