In the wake of criticism over the critically-acclaimed French film, Cuties, Netflix’s cancellation rate has leapt to eight times higher than its usual average.

Director Maïmouna Doucouré’s film (which she claims criticizes the sexualization of young girls) has been called a sexual exploitation of minors after a suggestive poster used to promote it on Netflix’s site. After replacing the poster, Netflix made a statement saying, “This was not an accurate representation of the film so the image and description has been updated.” But in our review of the Cuties we said, “If you find some of the content in Cuties objectionable, you should and the movie agrees with you. But, the path to that agreement is paved with the very depictions it is rallying against.”

As a result, the day after Cuties’ debut on Netflix, the hashtag #CancelNetflix was one of the primary trending topics on Twitter.

In an interview with Deadline, Doucouré said, “I received numerous attacks on my character from people who had not seen the film who thought I was actually making a film that was apologetic about hyper sexualization of children. I also received numerous death threats.”

Cuties’ release has even received responses from many political figures. Democrat Tulsi Gabbard said in a tweet that the film “will certainly whet the appetite of pedophiles & help fuel the child sex trafficking trade,” continuing, “Netflix, you are now complicit.” In another tweet Republican Senator Ted Cruz said, “The film routinely fetishizes and sexualizes these pre-adolescent girls as they perform dances simulating sexual conduct in revealing clothing including at least one scene with partial child nudity. These scenes in and of themselves are harmful,” with Cruz also stating, “pedophiles…will manipulate and imitate this film in abusive ways.”

According to the New York Times, a spokeswoman for Cruz said when asked if he had watched the film, “Of course he has not watched a movie that sexualizes and fetishes young girls. The content has been widely reported and is not in dispute.”

Many others, including U.S. Senators Josh Hawley of Missouri, Mike Lee of Utah and Tom Cotton of Arkansas have all criticized the film. However, there has been no confirmation that any of these political figures have seen the film, or are just riding the criticism made over Netflix’s unfortunate poster.

Cuties has received wide-spread acclaim, nominated for both the Generation Prize and Crystal Bear at the Berlin International Film Festival, and was nominated for the Grand Jury Prize – Dramatic at the Sundance Film Festival’s World Cinema Dramatic Competition. Doucouré did win the competitions Directing Award – Dramatic for this, her feature-length debut.

Further proof of the film’s chasm between the critical appreciation for the film and audience’s interpretation can be seen in the film’s current Rotten Tomatoes score. The film currently has an 89% rating from critics, but received a 12% audience score, with close to 1,800 user rankings.

It’s not clear what the impact this public denouncing will have on Netflix in the long term. The streaming service continues to defend Doucouré’s film, calling it a social commentary and the film is still one of the most watched things on Netflix. On September 15, the film has ranked the fourth most popular film in the United States. 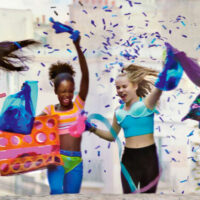 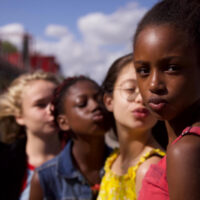 #CancelNetflix Is Trending After The Release Of A Controversial Movie