The story of Frank Sinatra is one that feels like it happened just so it could be made into a dramatic screen project. The legendary crooner lived through a classic rags-to-riches tale. Born in the tenements of Hoboken, New Jersey, Sinatra became a superstar. Along with becoming one of the world’s most famous singers, he was a movie star — nominated for multiple Oscars and bringing a trophy home in 1954 for Best Supporting Actor for his work in the romantic war drama From Here to Eternity. Fittingly, it’s an Oscar-winning writer who’s bringing a new bio series to Netflix about the Sultan of Swoon.

Last week Deadline reported that the upcoming Frank Sinatra bio series was being shopped around. Written, directed, and executive produced by Bill Condon, the series received multiple bids. On Thursday, Deadline updated the story, with the news that the project has landed at Netflix. Sinatra’s younger daughter Tina will act as executive producer on the series, which will reportedly have access to all of Sinatra’s songs.

Whenever the new series hits Netflix, it won’t be the first bio series about Ol’ Blue Eyes. Philip Casnoff played Sinatra in the 1992 Emmy-winning miniseries Sinatra that aired on CBS. Other actors who have played the singer include Ray Liotta in the 1998 TV movie The Rat Pack, Dennis Hopper in the 2003 comedy drama The Night We Called It a Day, and James Russo in the 2003 TV movie Stealing Sinatra about the kidnapping of the singer’s son. More recently it was revealed by Billboard that Creed frontman Scott Stapp will play Sinatra in the upcoming biopic Reagan.

Netflix is fortunate in that it hasn’t always been easy to get approval from the late singer’s estate to use his music in films or series about his life. As recounted by ScreenRant, Martin Scorsese was developing a Frank Sinatra biopic for eight years, rumored to have Al Pacino attached to play Sinatra and Robert De Niro signed on to play Dean Martin. Scorsese finally abandoned the project in 2017 because the Sinatra estate refused to sign off on the film. Reportedly, Scorsese planned to show Sinatra’s “warts and all,” which was a portrayal the estate didn’t like very much.

It’s not surprising that Sinatra’s estate is defensive about the late singer’s portrayal, considering how defensive Sinatra himself was about it, even when it wasn’t him being portrayed on the screen. According to a 1972 article in New York Magazine (via The Hollywood Reporter), Sinatra humiliated author Mario Puzo in a restaurant near Beverly Hills because of the character Johnny Fontane — played by the late Al Martino — in The Godfather. In the movie, Fontane’s singing career takes off only because of mob intervention, and it was widely believed the character was based on Sinatra. When a mutual acquaintance tried to introduce Puzo to Sinatra, the singer reportedly said, “I don’t think so, I don’t want to meet him,” without bothering to look at the author. He continued to berate Puzo, “shouting abuse” and calling Puzo “a pimp.” He also allegedly told the author that if he wasn’t so much older than Sinatra, the singer would “beat the hell” out of him.

There’s no release date or casting news for Netflix’s upcoming Frank Sinatra series. Bill Condon, its showrunner, director, and writer, won a Best Adapted Screenplay Oscar in 1999 for the drama Gods and Monsters. Deadline says Condon will soon be directing a remake of the musical Guys and Dolls — fitting, considering the lead role of Nathan Detroit was filled by Frank Sinatra in the 1955 version. 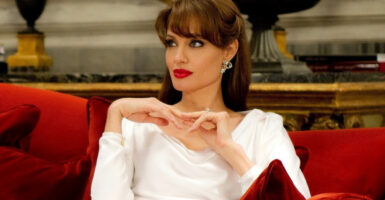 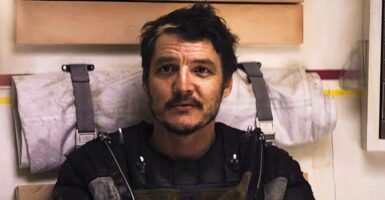