Next year begins with a bang on Netflix. The streamer, which has historically leveraged its at-home interface for narrative experiments like Black Mirror: Bandersnatch, has a new storytelling innovation on the way with Kaleidoscope. A report by Deadline outlines the unique approach to this limited series, the episodes of which can be viewed in any order.

Starring Giancarlo Esposito as a vengeful master thief, the episodes of Kaleidoscope will be presented in a different order to every viewer. Inspired by the real-life disappearance of over $70 billion from a Manhattan vault during Hurricane Sandy, this epic heist story unfolds in a nonlinear fashion, meaning viewers will have varying impressions of characters and draw different connections within the story depending on the order they watch the episodes. Netflix promises Kaleidoscope to be a tangled web of thieves, law enforcement, revenge, and betrayal.

Netflix helped redefine film and television distribution across the globe; the at-home model provides different storytelling opportunities for the streamer’s original content, which is not confined to a movie theater or the conventions of network television. Netflix has capitalized on its inherent freedoms with long episodes, short seasons, various interactive shows and experiences, and advances into the world of video games. Netflix means to expand its storytelling innovation with Kaleidoscope.

The episodes of Kaleidoscope are titled by colors: “Red,” “Blue,” “Violet,” ”Pink,” and so on. The experience of the story and its characters varies depending on the order in which the episodes are viewed leading up to the finale, “White: The Heist.” The show’s stars and creators hope this approach makes viewers want to watch the series over and over, picking up on all the details and connections they missed and experiencing the story in a new way.

The narrative gimmick employed by Kaleidoscope is sure to inspire some word-of-mouth marketing for Netflix. The concept inspires discussion and comparison, much like the streamer’s choose-your-own-adventure projects in the past. This would be good news for the streamer as it struggles to compete with the likes of Disney and Warner Bros. Discovery.

Set for release on January 1, 2023, Kaleidoscope joins Netflix’s lengthy list of holiday season releases. On that list is writer/director Rian Johnson’s Glass Onion: A Knives Out Mystery, the first of two sequels from Netflix which were announced shortly after the release of the Knives Out in 2019. Though films like Glass Onion may help stop the bleeding, the inevitable end of flagship shows like Stranger Things will force the streamer to find new ways to hit home runs; perhaps narrative innovations like Kaleidoscope are the key.

Casting star Giancarlo Esposito may also help draw viewers and get them on board with the head-scratching design of Kaleidoscope. The Breaking Bad actor consistently brings gravitas to hit shows like The Mandalorian and The Boys, and Netflix is cashing in on Esposito’s clout.

The show is created by writer Eric Garcia and executive produced by Ridley Scott. Alongside Esposito, the show stars a diverse cast that includes Tati Gabrielle, Peter Mark Kendall, Rosaline Elbay, Jai Courtney, Niousha Noor, Jordan Mendoza, Soojeong Son and Hemky Madera, per Deadline. Kicking off the new year with Kaleidoscope may be a boon for Netflix, but until its release, the future is only a swirl of possibilities.

Wednesday Has Been Dethroned By Another Netflix Series 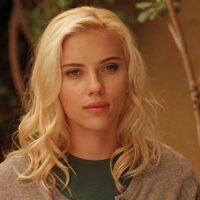