Netflix Just Lost One Of The Best Series On The Platform

Saved by the Bell is leaving Netflix, which is sad considering the beloved sitcom was only on the streaming platform for a year.

Netflix can’t seem to catch a break, as the streaming platform has been in plenty of trouble this year. From the loss of subscribers to canceling beloved shows, and investors suing the company, Netflix has had its share of issues. Now, one of the most beloved shows that was on the platform is leaving: Saved by the Bell.

Thankfully, not all is lost. Those with a subscription to Peacock can still stream all the old episodes of Saved by the Bell. Netflix also did not have the reboot series in its catalog, which has been exclusive to Peacock. Now, all the Saved by the Bell episodes can be streamed on Peacock.

Netflix losing Saved by the Bell is truly disappointing, but the streaming platform was likely not willing to spend extra money to keep the series on. Considering that Peacock has also held the sitcom, it might have been pulling more attention to its direction, leaving Netflix with the decision to just save the money on keeping it around.

Netflix has been trimming many shows lately, per the trouble the streaming platform has gotten itself into this year. Saved by the Bell is just another on the long list of shows that have migrated somewhere else. Well, that’s to say that Netflix has deiced to let the series go, as it was already being streamed on Peacock.

Saved by the Bell initially debuted in 1989. It follows the life of a group of high school students named Zach, Kelly, Slater, Screech, Jessie, and Lisa. Through the early 1990s, the sitcom rose to huge fame, eventually spawning three TV movies and three spinoff shows. The sitcom helped to launch the career of most of the cast.

Netflix getting rid of Saved by the Bell was quite abrupt too. Many fans were likely waking up to see that their favorite binge-series was no longer available. There are certain notices that allow people to know when shows and movies are leaving the streaming platform but losing Saved by the Bell might still come as a shock considering the sitcom has only spent a year on Netflix.

The usual case for most sitcoms on Netflix is to stick around for many years. That was the case for The Office, That 70’s Show, and Friends. However, there are now several streaming platforms that have staked their claim to those shows based on the network they initially aired on. Also, the licensing price might also be too high to keep certain shows, leaving Netflix to want to do away with them altogether, and the latest is Saved by the Bell. 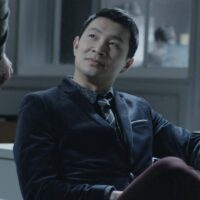 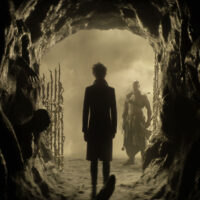