Netflix is currently discussing a "free" option, though it won't happen soon.

By James Brizuela | Published 1 hour ago

Netflix has surprisingly been pulling itself out of a bad spot, as the company recently revealed that it brought in a staggering 7.4 million new subscribers per its Q4 earnings report. This new influx of subscribers could be because the streaming giant offered its lowest-priced subscription tier, which is $6.99 and is an ad-based option. Now, Netflix co-CEO Ted Sarandos stated the company could be tinkering with a free option as he stated, “We’re open to all these different models that are out there right now.”

Although Netflix could be discussing the free option with ads, that does not mean it is going to be rolled out anytime soon. The streaming company also stated that they have a ton of other things to deal with, which has everything to do with the rollout of ending password sharing, and the new advertisement tier that was previously mentioned. Sarandos indicated the focus is on those two aspects, so it could be some time before this “free with ads” option is even discussed further.

Still, it would be interesting to see Netflix bring in a free option, as it would then mirror streaming platforms like Tubi and Amazon Freevee. However, patrons should be wary about what would be offered in this new free tier. Netflix currently has around 10 percent of its catalog missing from its ad-based tier, and the resolution of that content is also capped at 720p.

We would imagine that if Netflix were to explore a free option, the content on that tier might also be watered down a great deal more. That could also cause more problems for the streaming giant, as it is already struggling with licensing issues regarding its ad-based tier. Many studios are likely not to want to give up their properties for a lesser-priced tier, as that could take more money out of their pocket.

This is just speculation, but Netflix would have to get permission from studios to allow their content to be streamed for free on the streaming platform. Though Netflix had projected that it was going to bring in 4.5 million subscribers, it blew past that total, which could mean a brighter future is ahead for the streamer. The streaming company might be finding its way back to the top after all, despite people being upset about the password-sharing crackdown.

We are certainly wanting to see what Netflix plans to do in the future, whether it be a free model, or lowering the prices of its current subscriptions. The exodus of accounts could be because Netflix is the most expensive streaming service out there. The standard package currently costs $15.49 per month, with the ultimate or premium package running $19.99.

Netflix could bring in even more subscribers if it launches a free model, or the company could simply lower its prices for the standard and premium packages. With HBO Max currently at $15.99 per month, Netflix could lower its standard by a couple of dollars, which might make a ton more people return to the streaming company. Either way, it’s interesting to see how Netflix has evolved, and what it plans to do in the future. 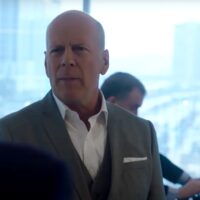