Netflix is currently in some deep trouble. The once industry-leading streaming platform reported its first loss of subscribers in the spring quarter earnings reports. The 200,000 loss resulted in even more monetary loss for the company. Apart from the obvious money lost on those subscribers, the platform was also sued by investors after they claimed Netflix lied about their drop in earnings, and a new report has also indicated that another 970,000 subscribers were lost in the most recent earnings report. Now, to possibly combat all this loss, the streaming company is going to be providing a new ad-based tier that is cheaper. However, the full catalog on the platform will not be available to those users.

Things seem to be going from bad to worse for the company, and with so many other streaming platforms out there ready to jump into the #1 spot, Netflix might not want to start experimenting with this new ad-based option. The reason that the streaming platform would not be able to provide their entire catalog is that they will need to get permission from the studios that made the movies and shows that will now be ad-based. That process could take a long time to achieve, and frankly not happen at all. When studios sell the rights to Netflix, there are likely stipuolations in the contract that would block ads from popping up. Some studios might not want their art to be interrupted in such a way. There are a ton of platforms that use ad-based programs like Freevee, Pluto TV, and Vudu.

Netflix is currently the most expensive streaming platform in the world right now, and that might be one of the reasons why people are leaving in droves. It may not be about anything else but the price. The ultra-HD option is $19.99 a month, the standard is $15.49 a month, and the basic is $9.99 a month. Those three tiers are confusing at times, and the company might want to think about dialing back its price to save the company. These price increases through the years have upset plenty of people. An ad-based version that is cheaper might not be the route to go, especially if the full catalog is not provided.

Surprisingly, even though Netflix lost around 970,000 more subscribers, they were initially projected to lose around 2 million, which might have tanked the once great company. That saving grace might allow the company to bounce back a bit, but this new ad-based option could be the last thing that drives people far away. Ads that interrupt shows and films are annoying, to say the least. However, if the price drops to around $5.99 a month, the headache could be worth it.

Netflix is going to have to do some drastic to save itself. Not offering a full catalog with ads might not be the safest play for the company. However, Paramount+ seems to be getting away with it just fine, so it might work out. Either way, we think that if Netflix just announced they are dialing back their price to around $9.99 or $11.99 for the full HD option price, people would return just as fast as they left. 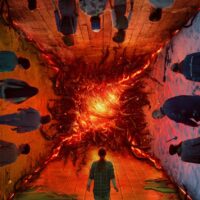 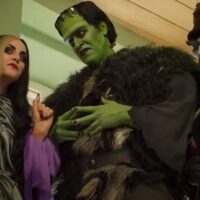