Much akin to the likes of Tommy Wiseau, hilarious auteur filmmaker Neil Breen is being asked to speak during an event at MENSA. MENSA is the organized collection of the world’s smartest minds, and apparently, Breen is one of those minds. The event is called “Spark of Genius” and the man has taken to Twitter to announce his involvement. According to the tweet, he is set to make two separate speeches with two Q&A sessions attached to the speeches. You can read the tweet below:

MENSA has been labeled a fan of Neil Breen, or The Breen, as he is sometimes called in circles of his biggest fans. Now it would appear as if the entirety of this event will get to hear the man speak about his five full-length feature films, or quite simply to ask about how someone has gone about being such a hugely creative person. One might say that his films are so high-level in the intelligence department, that you cannot even comprehend their genius. Another would say that filmmaking has been changed for the better once Breen exploded onto the scene of filmmaking. You can watch a clip from his debut film, Double Down, below:

As you can see, Neil Breen expertly shows his acting ability, cinematography, and directing skills in this clip. The man has produced, directed, and starred in all five of his films. You could say that he is a generational talent. Through the five films that this trailblazer has created, they have received mixed reviews. However, one of his epics has garnered the highest rating on IMDb. That film is Twisted Pair, which holds a 5.6/10 rating. You can see a clip of this masterpiece below:

We will also be right here, Mr. Neil Breen. It takes a massive amount of courage to make films, and even more to produce, direct, and star in. We applaud you sir, and it appears as if the high IQ society of MENSA recognizes his genius, as they have asked the man to speak twice during their event. You can get your tickets to the event right now, and hopefully, you will be lucky enough to sit down and take in all the knowledge that he can bestow on you.

Neil Breen was born November 23, 1958, and briefly worked as an architect and real estate agent before settling in to become one of the best filmmakers in the world. We are glad to see that he found his calling, and you can find his movies and attempt to decipher them for yourself. All five of his films are meant to evoke a certain emotional response, and we leave it up to you to discover which response that is. Only three of Breen’s films are for sale currently, but you can find them all on their given websites. Those films are Fateful Findings, Pass Thru, and the above-mentioned Twister Pair. His original films, I Am Here Now and Double Down are unfortunately no longer for purchase, though they might be found on eBay or some such website. 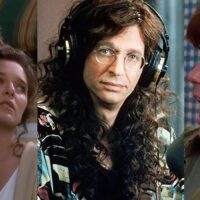 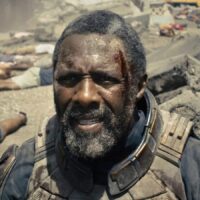