Michigan’s least experienced crooks are no longer in the business of coordinating heists, an exclusive from The Hollywood Reporter reveals. Good Girls, which tells the story of three mothers forced to adopt a life of crime to support their families, has been canceled by NBC on Friday after four seasons of petty banditry. The show was supposed to relocate to Netflix, but the deal lapsed when Universal Television couldn’t convince the streaming giant to take on extra costs. The next season of Good Girls was scheduled to be its last one. It starred Christina Hendricks, Retta, and Mae Whitman as the eponymous pilferers. It’s currently airing the last five episodes of its fourth season.

Netflix has been contracted to distribute Good Girls to audiences outside of North America since the series began airing. The streamer has had sole ownership of the NBC show’s global and SVOD rights, making it the logical successor to the Comcast giant. Besides, the change in medium (from traditional programming to streaming) would have resulted in decreased production costs, which would have guaranteed optimal profits with minimal losses.

Bela Bajaria was Vice President of Content over at Netflix when Good Girls was considering its fifth (and final) season, and was fully on board with the transfer. Unfortunately, Universal TV wanted a bigger budget for the series, an offer that caused Netflix executives to pull away. NBC would have renewed the comedy nonetheless, but co-president Tracey Pakosta — who was responsible for keeping the show running since its conception in 2018 — bowed out of the network recently to work at Netflix, where she is currently Head of Comedy. With nobody left in NBC to back Good Girls, the series was promptly axed ahead of its season four finale. Aside from Good Girls, NBC show Manifest was also canceled for good after Netflix ignored fan petitions and declined to save the show.

Netflix is no stranger to rescuing shows other media conglomerates have either cancelled or passed up on. Insatiable originally pitched to The CW. ABC’s Designated Survivor, Fox’s Lucifer and Unbreakable Kimmy Schmidt, and Lifetime’s You were cancelled only to find a new home in the streamer. In many ways, Good Girls would have made a reasonable addition to the set; not only was the series a fan-favorite, it was in Netflix U.S.’s top-ten most-watched shows for many years ongoing. The exact statistics are a bit spotty — this number is reportedly based on only the first two minutes of viewing — but it can’t be denied the show deserved a second chance.

Though NBC’s Pakosta is now working for Netflix, she directly reports to Bajaria, the streamer’s new Vice President of Global Television, and she’s been “more selective” about which shows are rubber-stamped and which are given a hard pass, with the wealth of original and revived content currently featuring on Netflix. The company may be the godfather of modern-day streaming, but it still has limited resources for the number of pitches it receives on a daily basis. Pakosta is completely hands-off this time and won’t be able to reverse the show’s cancellation.

NBCUniversal recently launched a brand-new streaming platform, Peacock, but with SVOD rights belonging to Netflix, there was no way of moving the show from cable television to its own streamer. NBC’s Good Girls may already be canceled, but the fourth season is still five episodes away from ending. The series was written by Jenny Bans, who began her career working with Shonda Rhimes on Grey’s Anatomy. It also stars Reno Wilson, Manny Montana, Lidya Jewett, Isaiah Stannard, and Matthew Lillard. 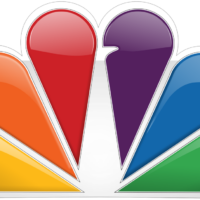