When it comes to content these days, being canceled doesn’t always mean being fully canceled. It can mean just kind of canceled with the chance to come back in the future either on the same platform or a new one. Such is this new streaming world we live in. But after surviving a first round of canceling, it looks like A.P. Bio couldn’t sustain over the long-term. Deadline is reporting that NBC has not renewed the series for a fifth season and it will leave their streaming services. All in all, a solid run for a very funny show.

Series creator and showrunner Mike O’Brien took to Twitter to confirm the fate of A.P. Bio which would not be coming back on the air and this time it looks like that decision is going to stick. O’Brien references that this isn’t the first time A.P. Bio was canceled. Originally, the series premiered on NBC for two seasons, but was not, originally, picked up for a third. But then they went back on the decision and ordered another season on their Peacock streaming app.

A.P. Bio had a hilariously simple premise that they pulled off well. The series stars Glen Howerton as Jack Griffin, an egomaniacal and narcissistic ex-academic who has returned to his hometown in disgrace. At first, he makes it his life’s mission to hook up with his ex-girlfriend while landing a job at his high school alma mater. Patton Oswalt is the principal of the school who lacks any sort of confidence and maybe even less common sense. They pulled the show off with dark wit and biting humor, both in line with the characters.

But like all shows that are eventually canceled, A.P. Bio struggled to find an audience on NBC out of the gate. It’s a bit of an oddball show with humor that isn’t going to land for all viewers. The first two seasons on the network saw it averaging fewer than two million viewers per episode. That led to its initial cancellation. But because IP is a bit hard to find these days, and viewers come on all platforms, the series was picked back up on Peacock. It’s unclear what numbers it did on the streamer though, judging by the cancellation, we can guess they weren’t all that good.

We can presume this is officially the end of the line for A.P. Bio on NBC or any of its platforms. Shows typically don’t get two cracks at this thing and they almost never get three. And reading through Mike O’Brien’s Twitter feed, it’s pretty clear that they aren’t coming back in any fashion. Many of his messages were in the vein of giving thanks to the cast, crew, and network for working with them all of these years. Unlike another NBC series, Manifest, which was canceled off the network only to find totally new life on Netflix for its final season, I don’t think the same thing happens this time around with A.P. Bio. 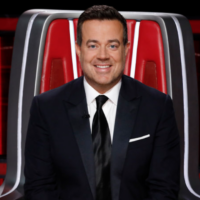 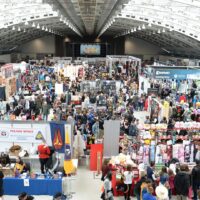 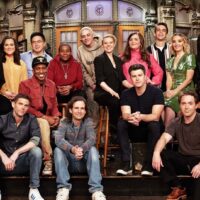