Can you say "extended cut?"

It’s no secret that Marvel blockbusters tend to change a lot between script and screen. The reshoots for Doctor Strange in the Multiverse of Madness were so extensive, for example, that when asked about whether or not he would appear in the film Bruce Campbell said he had no idea. But according to Natalie Portman, the cuts made to Thor: Love and Thunder were huge even in comparison to other Marvel productions. And, in fact, that was part of the plan.

Natalie Portman spoke to IndieWire about Thor: Love and Thunder this week. The Oscar-winning actress said that, “[t]here were whole sequences, planets, characters, and worlds that didn’t end up in the movie that were hilarious and amazing and [that] we spent a lot of time and energy on.” Mind you, the Black Swan star wasn’t complaining about the cuts, but reveling in the wealth of good stuff. “It’s just amazing how much great material is not in the film, considering how much great material is in it,” Portman said. “Usually, it’s like, you’re just trying to get enough good stuff to put in the film, and this had overflow.”

This was no accident. Natalie Portman said on Thor: Love and Thunder, director Taika Waititi’s approach to filmmaking is all about improvisation and collaboration. She said he encourages the cast to come up with their own ideas for the story, to change things “as they see fit,” and that he has what Portman calls a “demand for spontaneity.” She told IndieWire, “Taika was pretty gutsy about just letting us seriously change the plot because of certain choices we made in the scene and certain places we decided to go.”

If nothing else, it’s refreshing to hear Natalie Portman express such delight about working on a Thor project. While the actress doesn’t talk about it publicly, the scuttlebutt back in the day was that we very nearly had a Thor: The Dark World without her. As THR and others reported at the time, Portman was ready to walk when she learned future Wonder Woman director Patty Jenkins had been fired. Her contractual obligations were reportedly what kept her in the film. Though it’s never been officially stated to be the case, it certainly seems likely that had a lot to do with her absence in 2017’s Thor: Ragnarok.

Among the stories cut from the film, Natalie Portman said Thor: Love and Thunder will sadly be missing a lot of the background of the friendship between the Mighty Thor and Tessa Thompson’s Valkyrie. “[T]here certainly is kind of a missing period in the film,” Portman said. “I feel like you don’t necessarily see how they’ve become close [in the film].” She also said she felt “excited” about possibly seeing a “spin-off” where that part of their relationship could be witnessed. And hey, in the age of Disney+ Marvel series, why not? 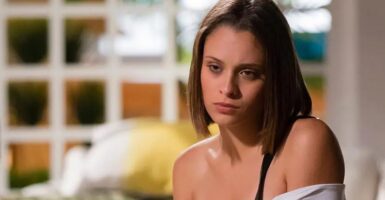 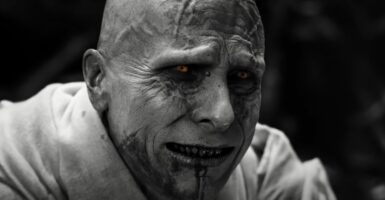 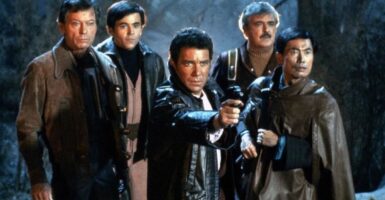