By the end of October, Natalie Portman’s very first film will stop streaming on Netflix. As a 12-year-old–that’s right, twelve—the actress made her screen debut in the 1994 French action-thriller Léon: The Professional. The future Thor: Love and Thunder star plays a girl who is taken in by the eponymous hitman, who soon falls in love with her. A memorable classic, the film’s premise has unfortunately lent it a much uglier association over the years; in large part because of its controversial writer/director, Luc Besson.

Natalie Portman’s character in Léon: The Professional, Mathilda, has the good luck of living down the hall from the titular Léon (Jean Reno) and the bad luck of being the daughter of a crooked cop (Michael Badalucco), who makes the mistake of stealing from other crooked cops. At first the only thing that saves Mathilda when those cops slaughter her entire family is the fact that she was sent out for groceries. Knowing something is wrong when she comes home, Mathilda walks by her apartment and continues down the hall to Léon’s place.

We learn early on that Léon is no stranger to violence. An otherwise simple man whose past times seem limited to watering his plant and watching old movies, Léon is a hitman of flawless skill working for the mafia. He shelters Mathilda against his better judgment and eventually caves in to her pleas that he train her to become an assassin so she can get vengeance for her family.

There is nothing even remotely close to any kind of physical intimacy between Natalie Portman and Jean Reno’s characters in the film, but their attraction for one another soon becomes obvious. Mathilda eventually confesses her love for Léon, but standing in their way of any kind of life with or without one another is the drug-addled and vicious Norman Stansfield (Gary Oldman)–the head of the cops who murdered Mathilda’s family.

On an unrelated job, Léon murders one of Stansfield’s men and utters his simple but memorable credo: “No women, no kids.” The slip clues Stansfield in that someone is gunning for him, and soon Léon and Mathilda have an entire army of police to contend with.

As well as seeing just how unbelievably good Natalie Portman was at her craft even before most of us were in high school, Oldman’s performance is one of the best reasons to watch Léon: The Professional. As Stansfield, Oldman is at his most over-the-top, playing a character who is not only utterly merciless, but whose drug-induced euphoria is so complete that he practically does an interpretive dance every time he so much as bites into one of his pills.

The large discrepancy between the ages of Natalie Portman and Jean Reno’s characters may understandably give you pause, particularly in light of accusations made against Luc Besson. The writer/director has a history of relationships with much younger women. In fact, Léon: The Professional is in part inspired by his first marriage — to Maïwenn Le Besco, who was 15 while he was 31 when they started dating.

Besson’s next marriage would also mirror that of the Léon: The Professional heroes. Mila Jovovich and Besson had an affair during the filming of The Fifth Element, and after his divorce from Le Besco the director married his star. She was 21 at the time, while he was 38.

More recently in 2018, the same year a much more seasoned Natalie Portman led the sci-fi horror film Annihilation, accusations of sexual assault began to surface against Luc Besson starting with San Van Roy who worked with the director on the Cara Delevingne-starrer Valerian and the City of a Thousand Planets. More women have come forward since making similar claims against the director, though so far the only charges to be brought against him have either been dropped or dismissed.

If you’re not too creeped out by the premise, it might be a good idea to check out Léon: The Professional before it leaves Netflix a week from now. Along with Natalie Portman and the other actors already named, the film stars the late Danny Aiello (Moonstruck) as Léon’s big-hearted handler Tony. 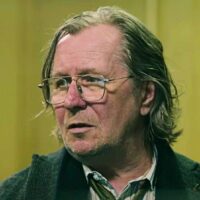 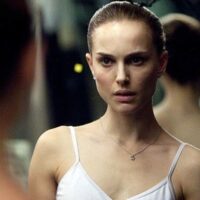 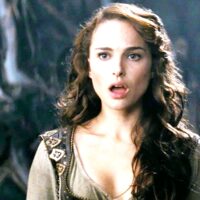