These days, you’ve got a 50/50 chance of making a sequel like Napoleon Dynamite 2 work. Look at Bill & Ted and their threequel for an example of how this could go well.

While the original was a sleeper hit, there doesn’t seem to be much demand to see where Napoleon Dynamite has ended up. But that doesn’t mean it won’t or can’t happen.

Heder recently spoke at a Wizard World panel, the virtual rendition, and of course, the subject of Napoleon Dynamite 2 was broached. Heder actually had a lot to say on the subject. “I would come back if Jared decided, ‘Hey, let’s go ahead, and let’s see if we can pull off the magic,'” Heder said. “We’ve thought about it. We’re always playing with the idea. I know I’ve talked a little bit with Jared, and it’s his baby, so I’m just like, ‘You pull the trigger on that,'” Heder added.

He also spoke about what he felt Napoleon’s world would look like in the present day, Napoleon Dynamite 2 being a much darker version than the original was back in 2004. “I feel like the future for Napoleon would be a lot more raw and edgy. So whatever he comes up with would be fun to explore,” he said. “Because I think whatever Jared comes up with wouldn’t be your typical, ‘Let’s do a sequel where they all look the same and they all act the same.’ I think it would be an interesting development in their lives.”

Efren Ramirez, along with Diedrich Bader, was part of the Napoleon Dynamite Wizard World virtual panel and added his thoughts on the possibility of Napoleon Dynamite 2. He agreed with Heder’s take on where the characters would be and the movie’s tone. “It would have to be a bit different, but still in that whole genre of Napoleon Dynamite and his mind. There’s so much more depth to find through these characters, especially in their futures,” Ramirez said. “That would be pretty interesting.”

Ramirez also shared an improvised Napoleon Dynamite 2 pitch with the group, saying his Pedro would be a bakery owner who is married to Summer and raising five kids. He said Kip would have finally realized his dream of becoming a cage fighter and that the “Rex Kwon Do” martial arts instructor Rex would be dealing with marital problems with his wife Starla. Ramirez also added that Uncle Rico would be on to his next business venture. We say he’d also be trying to relive his past as a high school star football player with dreams of the NFL. Ramirez didn’t offer any update on what Kip’s girlfriend, LaFawnduh Lucas, would be up to.

As of now, Napoleon Dynamite 2 is all talk and speculation and hope. While it might be fun to see where these characters are at in their lives, it may not be a necessary venture. The Hess’s don’t really seem to be in any hurry to revisit Napoleon Dynamite and while the actors have expressed interest, they too don’t seem to be pushing the agenda. Perhaps this is all well and good. Napoleon Dynamite should be a one-off. It was a quirky independent comedy that found an audience at that time and that is probably where it needs to stay. Nothing wrong with that. Maybe we don’t need Napoleon Dynamite 2.

PAST PLANS FOR NAPOLEON DYNAMITE 2

Was there a past plan to make Napoleon Dynamite 2? Not according to Jared Hess. He never really had any interest, feeling that the original was just that. A one-time go at it, unique in its own way, the virtual lightning-in-a-bottle.

Back in a 2010 interview, Hess described that the movie had been conceived as a one-time deal, something that didn’t have Napoleon Dynamite 2 potential. “When sequels are an afterthought, they usually end up being bad, but when they were originally intended to have multiple films made up of the same story, I think it works,” Hess said. “But oftentimes when sequels are done just because the first one was successful and they do it for that, I don’t know.”

Still, there already was a Napoleon Dynamite 2 of sorts. In 2012, Fox created, with the help of Jared Hess, Napoleon Dynamite: The Animated Series and was even able to bring back the entire cast which included Heder, Efren Ramirez as Pedro, Aaron Ruell as Kip, Tina Majorino as Deb, Jon Gries as Uncle Rico, Diedrich Bader as Rex and Haylie Duff as Summer. Unfortunately for the cast and crew, the series lasted only six episodes as it flamed out famously with the fans. To date, there have been no other attempts to bring it to the big or small screen.

There was also comic book version of Napoleon Dynamite 2. It was called Napoleon Dynamite and it was a four-issue release in 2019 from IDW Publishing that followed Napoleon and crew as he and his now-girlfriend Deb worked to shut down an “Impeach Pedro” campaign that began when Pedro, the class president, is accused of cheating to get elected.

The first, and only, movie was written by the husband and wife team of Jared and Jerusha Hess, with Jared pulling the directing duties. For those of you who don’t know, the story followed Napoleon Dynamite, a high-school slacker who lives with his grandmother, Carlinda Dynamite, and his brother Kip. The home dynamic, if that’s what you call it, changes drastically when grandmother Dynamite breaks her tailbone and has Uncle Rico come to look after the boys while she is recuperating.

The movie is a wonderfully comedic look through the eyes of Napoleon as he deals with high school life, the bullies he faces, his own daydreaming, shy girl Deb, and his buddy Pedro, whom Napoleon convinces to run for class president. Of course, Napoleon has to still deal with his home life and his brother Kip as well as his Uncle Rico, who still believes he could have played in the NFL.

Napoleon Dynamite contained many classic moments, including an iconic dance scene. The movie inspired a short-lived 2012 animated series in which Heder reprised his role as Napoleon Dynamite.

John Boyega To Star In A DC Movie 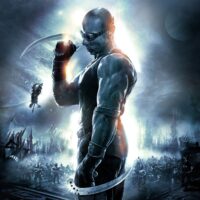 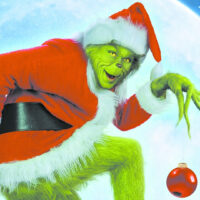