To commemorate a major historical event – and to celebrate the beginning of people being able to come back to the movie theater – a powerful movie market is requiring all of its theaters to show propaganda meant to educate and inform its audience.

According to Variety (via MovieWeb), the Chinese government is forcing the movie theater market to show propaganda films for the 100th anniversary of the Communist Party’s founding. Not surprisingly, the size of China’s movie market rivals that of the United States, and because of that, the officials calling the shots seem to have decided that now is a perfect time to screen old propaganda. Other competing markets don’t come close to touching the money that China and the United States frequently rake in. Japan trails behind by quite a large margin, accounting for less than 3% of total box office revenue. These statistics are from 2018, but it is tough to imagine the numbers changing too much since this data was collected.

The government’s official order demands that all Chinese movie theaters must screen propaganda films at least twice a week. Not only that, but Variety’s original report also mentions that theaters must stay on top of the scheduling and promotion of these films. Active promotion of the ideas and values of the communist party will be vital to the ongoing success of this movement. Propaganda Department official Wang Xiaohui clarified the guidelines, requiring theaters to invite active party members and officials. Additionally, “literary and artistic works of great ideological and artistic standing” have been ordered into existence. Movies will clearly be an integral part of what has been referred to as a “mass propaganda and education” movement. The goal is to hammer home the idea that communism works and has been a positive thing for the Chinese people.

With the publication of The Communist Manifesto (formerly known as The Manifesto of the Communist Party) in 1848, Karl Marx and Friedrich Engels officially popularized the term “communist party” and made it a part of an international conversation. Categorized as a vanguard party, the supporters of this proposed social and political system oversee the political education of the proletariat (working class).

It is worth noting that many films produced in the States are also generating encouraging numbers in China, with Godzilla vs. Kong being the most recent example of a blockbuster bolstered by the Chinese movie theater market. Michael Bay’s Transformers franchise also does absurdly well there. The point: This may have a larger impact on moviegoing audiences than many people may initially realize, but we won’t know the full scope

The Chinese Communist Party was founded on July 23, 1921, which means that its 100th anniversary is indeed coming up. It will be interesting to see how this ends up affecting movie theater attendance, as well as how the Chinese government plans to celebrate on the actual day. 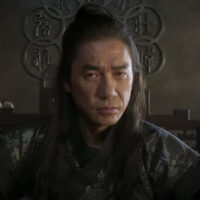