Ask a film-lover what their favourite movie is and you will likely get one of a few select responses. The Godfather, Fight Club, Sausage Party (ok you won’t get that one) or Forrest Gump. One film that of course gets named as many’s favorite film is The Shawshank Redemption. If you needed further proof of the love audiences have for this movie, look no further than Netflix, as the beloved prison drama is currently sitting pretty inside the top ten most-watched films on Netflix in the United States.

It’s fair to say that The Shawshank Redemption made an impact on cinema following its 1994 release. The film was nominated for seven academy awards, including for Actor in a leading role. That nomination was attributed to the one and only Morgan Freeman, who portrayed a long-standing inmate at Shawshank prison, Red. For cinema fans today, the idea of Morgan Freeman not appearing in movie after movie seems alien, but if it weren’t for the likes of Shawshank and Driving Miss Daisy before it, Freeman may never have become the household name he is today. Amazingly, Freeman’s big break didn’t come until he was fifty years old and had been in entertainment for over two decades. The big break came via an Oscar nomination for his portrayal of Pimp Fast Black in Street Smart.

It would be hard to imagine The Shawshank Redemption without Freeman’s iconic narration as his character Red, or his compelling delivery of iconic monologues throughout the period prison drama. The film itself is based on a novella by Stephen King and follows the story of banker Andy Dufresne (Tim Robbins) who is falsely imprisoned for the double murder of his wife and her lover. Whilst incarcerated, Dufresne’s hopeful outlook helps endear him to his fellow inmates, and he befriends Freeman’s Red, as the two characters go on a journey of redemption.

The film has only just come to Netflix this month, but it is no wonder that it has already made an impact on viewing charts. It is considered as one of the greatest movies of all time, with fan polls often citing it as such. Not only this, but Morgan Freeman can count it as one of his best-received movies by critics as well. The film has an impressive Rotten Tomatoes critic rating of 91% and an audience score of a staggering 98% based on over a quarter of a million ratings, which really shows no further proof is needed that audiences love the flick. Indiewire recently recalled the impact Robbins and Freeman have in the film when talking of the film’s inclusion on Netflix, with writer Ryan Lattanzio stating: “Tim Robbins and Morgan Freeman share a breezy, unmatched-by-many kind of chemistry.”

High praise indeed, and this echoed by many who have reviewed the film, Duane Byrge of The Hollywood Reporter states: “In the lead roles, both Robbins and Freeman are outstanding, layering their performances with snippets of individuality: Their small, daily sustenances and minor triumphs are wonderfully inspiring.” Harper Barnes’s review of the movie for the St. Louis Post-Dispatch praises the collaboration between first-time director and scriptwriter Frank Darabont and legendary cinematographer Roger Deakins. Barnes wrote: “They tell a tough, complex story with clarity, compassion and considerable dramatic force.” Both Frank Darabont and Roger Deakins were nominated for Oscars for their work on the film.

It is almost unanimous then, that The Shawshank Redemption is a shining light in Morgan Freeman’s vast body of work. Such is the vastness of Freeman’s back catalogue, the star has had another success on streaming recently with another title. The film in question was Under Suspicion, originally considered somewhat of a flop, the film charted in the top ten of Netflix just a few months ago. That suspense thriller came out at the turn of the century, but it seems that its a genre that Freeman is still keen on, as it was announced recently that he is set to star in The Minute You Wake Up Dead, as a Sheriff in the rural south looking to uncover his town’s mystery that begins to unravel when a stockbroker played by Cole Hauser becomes involved in an insurance scam that spirals into a murder case. Could this be another great piece of cinema to come from the legendary Morgan Freeman, when pitted against the likes of Driving Miss Daisy, Million Dollar Baby and The Shawshank Redemption, it will certainly have a lot to live up to. However, it is refreshing to see the now 84-year-old Freeman, is showing no signs of slowing down. 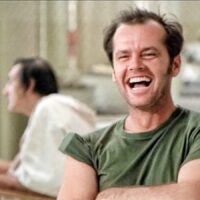 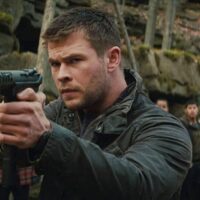