Moonhaven fans aren’t going to want to hear this at all, seeing as how recently it sure seemed like Season 2 would be coming down the pike sooner than later. But according to Deadline, AMC+ has reversed course on its decision to bring the sci-fi series back for another run and has instead decided to end things here. It’s a real downer for the lunar crew of the series and fans as well especially considering this looked like it wasn’t going to be the case not all that long ago.

The move to cancel Moonhaven before Season 2 comes as AMC is going through major changes to the network at the top and with leadership. CEO Christina Spade had stepped down from role, leading many to speculate there were bigger changes in store for the network. And there had also been a decision to lay off 20% of the staff, signaling that money might be tight moving forward. For a series that dealt with sci-fi themes and off-world settings, budget tightening was never going to be a good thing,

The news that AMC was ditching Moonhaven going forward was part of what they called “strategic programming assessments” which is mostly industry speak for “saving a bunch of money by not moving forward with scripted television shows without massive followings.” That would appear to be the case with Moonhaven Season 2 and this might not be the end of the line of the AMC cuts when it is all said and done. Deadline also has it that the network is looking to cut about $475 million from its budget via tax drawdowns.

The news that Moonhaven wasn’t coming back for a second season is even more surprising seeing as how the network had just recently announced that they were finalizing plans to actually bring it back. Back in July, AMC said they would continue with a six-episode second season of the sci-fi show, in line with what they had done for the first season. But again, shifts in the overall business model at AMC undid that promise, making it unlikely we ever finalize the story details for the show.

Moonhaven starred Dominic Monaghan, Amara Karan, Emma McDonald, and Joe Manganiello, among others. It is set hundreds of years in the future and focuses on the titular outpost on the moon that is attempting to find a solution to all of our planet’s issues. At the heart of the series is a mystery around the motivations of those living in the lunar society and whether they actually are altruistic in their view of those still living on Earth. In the series, the Mooners were preparing to go back to Earth to help pass along things they’d learned about bettering society.

This could be the start of a major shift within AMC that has just seen its most popular offering, The Walking Dead, finish off its record-breaking run. There is a chance we hear more about programming changes at the network over the next weeks and months. 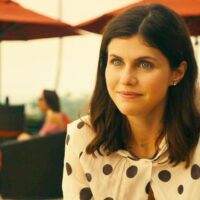 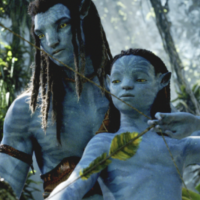 Avatar 4: All We Know 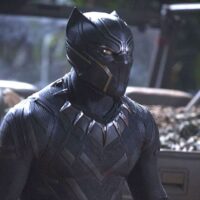 Black Panther 3 – All We Know