Ming-Na Wen Is Starring In A Terrifying Space Epic

From her humble beginnings on As the World Turns and ER, Ming-Na Wen hit the ground running, becoming a bonafide television star. Venturing into movies like Disney’s Mulan, she has lent her voice and talent to some of the most captivating projects of the last 30 years. Many of these projects have included working with first-time feature directors, and now we have learned that Wen has been added to the cast of an interesting science fiction thriller called Persephone.

With sales launching at the upcoming Cannes Film Festival, Ming-Na Wen will be headlining the cast of this new epic. According to Deadline, The Book of Boba Fett actress will be starring alongside Mission: Impossible – Dead Reckoning – Part One‘s Esai Morales, and Deadpool’s Brianna Hildebrand. Making his feature film directorial debut, Jeffrey Morris will be stepping away from the sci-fi shorts he has come to be known for, while taking on a monumental film that has been in the works for years.

As IMDb summarizes, Persephone follows the story of a band of displaced people from a dying earth, who are traveling aboard the space ship, Odyssey. Their ultimate destination is Proxima b, a habitable planet closest to the nearest star. This new home for humanity is bombarded by deadly solar flares on its dayside, while the icy wasteland on its opposite hemisphere freezes in endless darkness. It’s up to Ming-Na Wen and Brianna Hildebrand’s characters to repair a shield designed to protect their colony, but a malfunction results in them crashing onto the alien planet. Waiting for the two women on the surface of Proxima b is the geoglyph, a mysterious continent-sized landform that resembles a giant metallic work of art.

Stepping into the world of science fiction thrillers is not new for the cast and crew of Perspehone. Director Jeffrey Morris previously directed the sci-fi shorts Parallel Man: Infinite Pursuit and Oceanus: Act One. Ming-Na Wen has become a fixture on Disney+ in recent years, playing bounty hunter Fennec Shand on The Mandalorian and The Book of Boba Fett. As reports suggest, the actress will also soon be part of the Emmy-winning HBO Max comedy series Hacks, HBO Max’s animated series Gremlins: Secrets of the Mogwai and Tom Gustafson’s film Glitter & Doom. She has previously been known to international audiences for her breakout role as June – The Daughter in Wayne Wang’s The Joy Luck Club. To TV audiences, she may also be known for her work on Young Sheldon and Agents of S.H.I.E.L.D., as well as Stargate Universe.

For his part, Esai Morales will also soon be part of the all-star cast of the seventh and eighth installments of the Tom Cruise-led Mission Impossible franchise, as well as Paul Schrader’s upcoming thriller Master Gardener. Ming-Na Wen’s costar has previously been featured in such films as SuperFly, Gun Hill Road and Fast Food Nation, as well as his breakout turn in 1987’s La Bamba. Morales’s television credits include Ozark, Titans, How to Get Away with Murder, From Dusk Till Dawn: The Series, Jericho, The Brink, and Magic City. 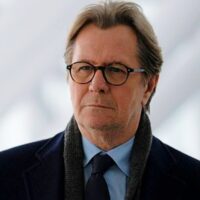 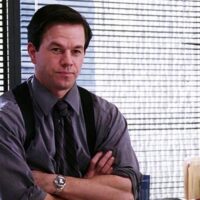 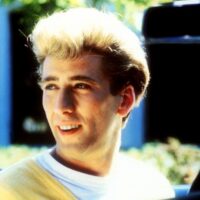