It’s been something that’s floated around for quite some time now, may be gaining traction when we first saw her in a nearly flawless deep fake that had the actress looking exactly like Carrie Fischer’s Princess Leia. But now it could be coming closer to fruition. There are renewed rumors that Millie Bobby Brown is in talks with Star Wars to join the franchise in some capacity. Considering all of the smoke around this potential move, it isn’t all that surprising the Stranger Things star could be headed in this direction with details just starting to emerge about the potential addition.

According to The Mirror, Millie Bobby Brown has been in “secret” talks with the folks from Star Wars about joining the franchise and they even speculated on a dollar amount being bandied about. The UK-based publication threw out £12 million pounds ($14.7 million dollars) as the working price to bring Millie Bobby Brown on board. The Mirror goes on to say that the actress has been in talks specifically with LucasFilms head Kathleen Kennedy and that Millie Bobby Brown’s appeal to a younger generation of fans is at the heart of the potential casting.

This is far from cemented of course, but fans will definitely remember the deep-fake video that came out a little more than a year ago with Millie Bobby Brown placed in the original trilogy as Princess Leia. We know this technology can work wonders, but it was still somewhat shocking to see the resemblance between the two, especially when Millie Bobby Brown was featured in some of the most iconic scenes ever. This isn’t to say she would be taking on the Princess Leia role, if anything it would be a new project for the actress. But it is still cool to see how she fits in this setting. Check it out:

It has only taken a few years, but even at a still rather young age, Millie Bobby Brown has become one of the most sought-after stars in Hollywood. Starting things off with a scene-stealing performance in Stranger Things, she’s continued to be one of the engines of that series which just released the first part of Season 4. Millie Bobby Brown is a big reason that run of episodes became Netflix’s most-watched English language show through the first 28-day window on the streaming platform.

And her role on Stranger Things helped nab her a role in another budding franchise on the platform. Millie Bobby Brown starred in Enola Holmes in a story about the famous detective’s sister. There’s a planned sequel on the way. Filming for Enola Holmes 2 wrapped at the beginning of January and there is an expectation that it will hit Netflix sometime this year. She’s also currently filming Damsel and is in pre-production on The Girls I’ve Been and The Thing About Jellyfish. So Millie Bobby Brown is plenty busy. But could the next big move be into the Star Wars franchise? It’s starting to look like that might be the case. 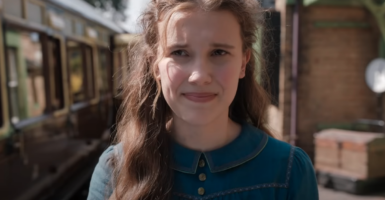 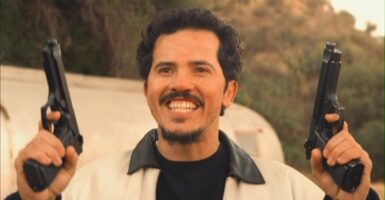