Millie Bobby Brown is having a fantastic run on Netflix, starring in two of the platform’s most popular offerings over the last five years. And it sure looks like the streaming platform knows what they have with the young actress. Recent rumors have her entering a new deal that will have her star in her own action franchise moving forward.

The news on the Millie Bobby Brown franchise is still in the early stages and it’s not completely clear what the focus will be for the new offering. It’s all part of a massive deal she signed with the platform that will have her working on a ton of different projects: shows and movies both.

Brown already does have plenty of experience in the action realm with a number of roles already under her belt that have relied on fight/ action sequences and general superpower abilities. Whatever direction they choose to take should be well within the actress’s wheelhouse.

Millie Bobby Brown and Netflix’s relationship first started with her role as  Eleven Stranger Things. She made an instant splash as a shaved-head, superpowered government facility escapee who learned the regular world through her new friends in Hawkins, Indiana. She was (and remains) fantastic in the role of an innocent kid thrust into the ultimate battle of good evil. The wildly popular series, gearing up for its fourth season, remains one the most-streamed shows on the platform.

And then Netflix released the movie Enola Holmes with Millie Bobby Brown starring as the titular character. The movie, about Sherlock’s younger sister, was a hit with critics (91% on the Tomatometer) with many praising Brown’s performance. It was one of Netflix’s best-performing movies of the fall. The steampunk vibe carried it beyond just a fictional period piece and relied more on an action tone even though it’s set in the 19th century. She’s already expressed interest in returning for a sequel.

And recently, Netflix announced that Millie Bobby Brown would star and executive produce another film, Damsel. In the movie, she’ll play a princess who finds out she’s going to be sacrificed to a dragon. There isn’t a clear timeline on that film and it isn’t part of the action franchise these most recent rumors are attached to. It’s just another example of how the actress and platform are closely tied.

Millie Bobby Brown returning as Eleven in Stranger Things Season Four was supposed to happen in the fall, but pandemic-related closings meant pushing back production. When we last saw that character, she was with the Byers family as they decided to leave Hawkins. Currently, there’s no set timeline on when we’ll catch up with the Party again.

In all, Millie Bobby Brown’s star remains on the rise. With Netflix continuing to show their support for her in high profile roles, and now talk of another franchise, we should be seeing the actress on the platform for quite some time. It’s much deserved, she’s been excellent in nearly every role she’s taken and has shown the ability to play a wide range of characters. 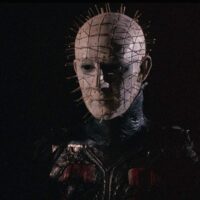 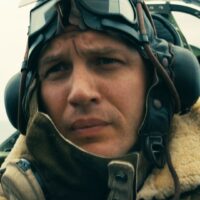 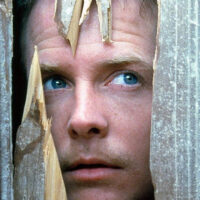