Mila Kunis Defends The Character That Everyone Hates

Mila Kunis is unapologetic for her love of Meg Griffin, the Family Guy character she has voiced for over 20 years.

As the hit animated comedy Family Guy approaches its 400th episodes, Mila Kunis has taken to defending her character, Meg Griffin. Reported by Movieweb, the acclaimed actress shares that the voice used for Meg is basically just her own voice, with no extra emphasis or exaggeration for the cartoon. In Kunis’ opinion, Meg Griffin represents all of us.

Mila Kunis was not the first actress to voice the oldest Griffin child. Originally, current Lifetime movie star Lacey Chabert was given the role of Meg Griffin. The religious actress backed out of the project citing how the show was not what she expected and went against her personal, closely-held beliefs.

Mila Kunis was already playing Jackie on That 70’s Show, at the age of 15, when she auditioned to take over the role of Meg. That was in 1999 and the actress has not stopped lending her voice to the constantly put-upon character ever since. Literally growing up voicing the character helped create the strong connection that Kunis feels with Meg Griffin, even 23 years later.

It has not been 23 years without interruption however, as FOX famously cancelled the Seth McFarlane sitcom after its third season in 2002. The network sold rerun rights to Cartoon Network, where Family Guy quickly became the top-rated program for the new block of Adult Swim shows. Once the DVDs, released the same week as the Cartoon Network premiere, set records by selling over a million copies, Mila Kunis, Seth Green, and Alex Borstein were back in the recording booth for a new season 2 years after cancellation.

Family Guy was the first show given a revival based off of strong DVD sales. To this day, the animated classic remains one of the top DVD sellers in history. The grand return of Family Guy did not stop the show from pushing boundaries, with Mila Kunis surprised at what sometimes makes it to air.

An example given by Mila Kunis of a segment that she thought was going to be edited out was from Season 5’s “Airport ’07” episode. Seth McFarlane voices a baby singing the original song “Prom Night Dumpster Baby” in the show creator’s now-trademark 1940’s style. Kunis’ reaction to finding out the segment made it to broadcast was that it was awesome.

Meg Griffin may not get classic Hollywood musical numbers like the characters voiced by McFarlane, but the character does have something unique in the halls of animation. While other characters have catchphrases they saw, such as frequent Family Guy comparison The Simpsons with “D’oh” and “Don’t have a cow, man!” Mila Kunis’ character is constantly put down by her own family with a rousing “Shut up Meg!”

Mila Kunis knows that Meg gets the short end of the stick and yes, the actress is a bit bummed about that. However, her enthusiasm for the poor teenager can be infectious as she loudly will declare how much she loves Meg Griffin. Everyone may hate Meg, from fans to the animated Griffin family, but the actress that provides her voice will always love and support the character, just as she has for the last 23 years.

A Mila Kunis Holiday Movie Is Killing It On Streaming 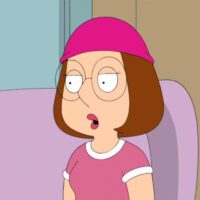 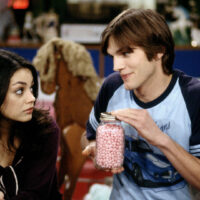 Ashton Kutcher Reveals The Reason He Returned For That ’90s Show 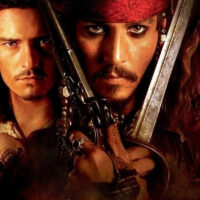