There’s a new movie pertaining to the multiverse gearing up for a theatrical release this coming spring, but it might not be what you’re thinking. Joining Marvel Studios in the multi-dimensional theme, A24 has nabbed indie filmmaker Daniel Kwan and Daniel Scheinert for a sci-fi adventure that takes another poke at multiverse madness with Everything Everywhere All At Once. While as overplayed as the multiverse may seem, adding in famed actress Michelle Yeoh teases at an exhilarating experience.

See Michelle Yeoh bring comedy and action to life in the debut trailer below.

For the upcoming film, Michelle Yeoh portrays Mrs.Yang, an exhausted Chinese American woman who can’t seem to finish her taxes. In a myriad of scenes, Wang is thrust into a multiverse where she discovers countless variants of herself spread across dimensions. In a montage that sometimes mirthfully depicts Yang realizing she has access to the memories, emotions, and skills of each variant, the trailer teases at some great action sequences that show the Crouching Tiger Hidden Dragon alum still has what it takes to make great fight scenes happen on screen.

Michelle Yeoh is a seasoned Hollywood veteran having spent four decades acting. Yeoh got her start making martial arts films in Hong Kong. One of her more well-known works in the industry was Yes, Madam. Rising to international fame, her Hollywood debut came with her role in the James Bond film, Tomorrow Never Dies. Starring in a plethora of blockbuster films over the decades that have earned her over 29 award nominations, her most notable film may just be the renowned Crouching Tiger Hidden Dragon. She’s been in many high profile movies since then, though.

Not slowing down, the 59-year-old actress most recently landed a coveted role in the Marvel Cinematic Universe for her portrayal of Ying Nan in Shang-Chi and the Legend of the Ten Rings. While her return to the Marvel Cinematic Universe is still unclear, her stacked list of upcoming projects include three films in the Avatar franchise. That is surely enough to keep Michelle Yeoh busy. It’s not the only project on her plate, though. Star Trek fans are waiting to see her in Section 31, which is reportedly still happening, though delayed.

The enigmatic Daniels directors were the minds that brought us Swiss Army Man. The upcoming Michelle Yeoh project will premiere at the 2022 SXSW Film Festival with a screening on March 11, 2022. Janet Pierson, director of the film festival called the movie “fantastically inventive, entertaining, emotionally grounded, and crammed with the exceptional creativity.” The film also boasts credits from producers Joe and Anthony Russo, who have ties in the MCU with such films as Captain America: The Winter Soldier, Captain America: Civil War, Avengers: Infinity War, and Avengers: Endgame. Joining Michelle Yeoh in Everything Everywhere All At Once will be an ensemble cast including Jamie Lee Curtis, Jonathan Ke Quan, James Hong, and Jenny Slate. Following its film festival debut, general audiences will be able to check out the tantalizing film for themselves when it hits the box office on March 25, 2022. 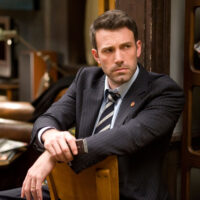 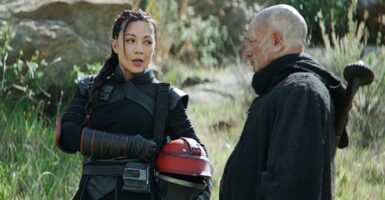