Michael Rosenbaum, who played Lex Luthor for seven years on Smallville, thinks he would be a great choice for James Gunn's next Superman movie.

With the current purge going on within the DCU, a fresh slate with a new start to the universe, opens up previously occupied roles to be recast. One actor throwing his hat into the ring to join the new look DCU is Michael Rosenbaum, Smallville’s Lex Luthor for the first seven seasons of the hit CW series. Comicbook reports that the actor took to Twitter, expressing his hope that he’s in the running to reprise his most famous role as Superman’s nemesis.

James Gunn has publicly revealed that the next Superman film will be a back to basics, but not an origin story, with Clark Kent working in Metropolis as a reporter for the Daily Planet. While Gunn has not said which characters will be part of this new re-telling, fans hope that Lex Luthor will be included, with casting suggestions ranging from Titans Titus Welliver, Guardians of the Galaxy star Michael Rooker, and Michael Rosenbaum. Before the transfer of power at the top of the DCU, Jesse Eisenberg played Lex Luthor in the Zack Snyder films.

Jesse Eisenberg’s portrayal of the evil billionaire was derided by fans for not matching with the cool, calculated businessman persona of Michael Rosenbaum in Smallville, or Clancy Brown’s animated Luthor from Superman: The Animated Series. Manic, frenetic, and with a full head of hair, Eisenberg disappointed long-time comic fans, leading to almost universal acclaim that the role is likely to be recast with the new look DCU. The hope is that Gunn’s new Superman Lex Luthor will also not follow the comedic mold of Gene Hackman’s version from the Christopher Reeves Superman movies.

Of all the live-action Lex Luthor’s to date, Michael Rosenbaum’s portrayal on Smallville is considered to be among the very best. Starting as a friend to Tom Wellington’s Clark Kent, Rosenbaum effectively portrayed the gradual descent of Luthor’s character from being curious over the fateful car accident, all the way to committing murder in order to consolidate power. Matching the comic book storyline of the time, Rosenbaum’s Luthor ended the series being elected President of the United States, which could also be a fun way to incorporate the character into the DCU.

Though Michael Rosenbaum is campaigning to come back to the role that helped make him famous, other former stars are already moving on from the DCU, most notably Henry Cavill. The latest Superman actor, despite a cameo in Black Adam that served to announce his commitment to the film franchise, is out of the DCU. Announcing on Instagram that he was leaving the role, Cavill is now focusing on bringing the Warhammer 40,000 universe to life with Amazon Studios.

Michael Rosenbaum has remained active with DC Comics animated features, voicing The Flash on Justice League, Justice League Unlimited, and Teen Titans, along with Deadman on an episode of Batman: The Brave and the Bold. The actor has cameoed in the MCU as well, playing Martinex in Guardians of the Galaxy Vol. 2 and Vol. 3, one of the Ravagers appearing with Sylvester Stallone’s Starhawk. At the moment, no one knows who will be the next Lex Luthor, but given his years of experience as the best live-action version of the character, Rosenbaum would be a fantastic choice for the role. 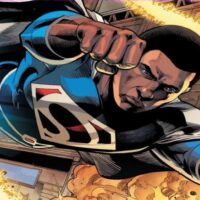 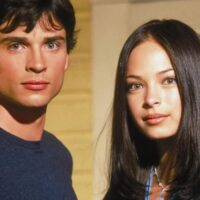