Don't tread on them.

If Stranger Things has proved anything since its debut in 2016 on Netflix, it’s that the series can push nostalgia as no other show has done in recent memory. For viewers that grew up in the 1980s, the Duffer brothers have provided a delightful collection of pop culture sentiment within the show that defined an era of Dungeons & Dragons, cold war antics, and heavy metal. Their inclusion of Kate Bush’s “Running Up That Hill” as a way for Max to deflect Vecna’s advances during the latter part of season four has made the 1985 hit relevant in 2022. The new generation of fans has made the song go viral on TikTok and other social media platforms. Now, it’s another insertion into the world of Stranger Things by a different band, Metallica, and their hit song that has some fans scratching their heads.

According to comicbook.com, Stranger Things used Metallica’s “Master of Puppets” in a pivotal scene in season four, which had one user on social media remark that they’re confused by bandwagon fans jumping into Metallica fandom so late in the band’s career. The user posted a comment to Metallica’s TikTok video of a live performance of the song stating their frustration that Stranger Things has exposed fake fans as opposed to loyal devotees who have stuck with the band for years. Conversely, since Stranger Things honored their song, Metallica has responded to the comment on their TikTok with nothing but appreciation for all fans, new and old. Directly replying to the user’s words, the band remarked, “Everyone is welcome in the Metallica Family,” and that they firmly believe that new fans share a bond through music with old fans. Per Stereogum, the band has since described how impressed they’ve been with the Duffer brothers’ use of their music in Stranger Things and what an honor it was to watch them utilize Metallica’s sound in a pivotal scene for the show.

The sequence in question involves Eddie Munson, played by Joseph Quinn, rocking “Master of Puppets” to divert the demobats’ attention in the Upside Down so that they don’t go after Dustin, played by Gaten Matarazzo. Just like Kate Bush’s song, Metallica has seen an uptick in interest since the episode premiered last week, with Good Morning America noting that the song has seen a 400% increase in streaming from listeners.

As for Metallica, they seem to be wearing the Stranger Things scene as a badge of honor. “Master of Puppets” initially debuted in 1986 as a single from the album of the same name. At one point, VH1 listed the hit single as one of the greatest heavy metal songs to date, coming in third to Black Sabbath’s “Iron Man” and Guns N’ Roses’ “Welcome to the Jungle.” Not surprising, both of these Black Sabbath and Guns N’ Roses songs have made their way into pop culture in the last few years, with “Iron Man” featured in the end credits of 2008’s Iron Man and “Welcome to the Jungle” included in Thor: Love and Thunder, in theaters today. 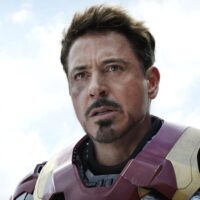 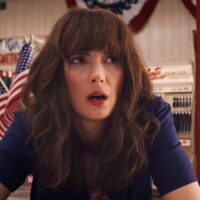