There have been many, many movies made about the Vietnam War with a number ringing in as some of the better movies ever made. It’s the nature of war, especially (and unfortunately) the most tragic that makes for captivating cinema. One of those war films, We Were Soldiers starring Mel Gibson, has just landed on Netflix. And though no one would put this among the greats like Apocalypse Now, Platoon, Deer Hunter, or Full Metal Jacket, this one does carry some of its own merits. It may lack the grittiness of those films, but in terms of story and star, there is something to get behind with the film. Among many of its themes is the brutality and almost utter pointlessness of war. There’s a commentary in there.

In We Were Soldiers, Mel Gibson plays Colonel Hal Moore who is in charge of leading a group of soldiers into North Vietnam to protect an American base. As with most things war, and definitely all things war movie, things go pretty wrong from the start. Moore and his troops are hopelessly outnumbered by Viet Cong troops. Looking at almost a 10:1 disadvantage in terms of man and firepower, Moore and his crew being the deadly and almost useless task of defending their position against an onslaught of attacks from the enemy.

The movie becomes this sort of survival story so often associated with war films with Moore and his troops (many of who don’t make it) working to overcome significant odds in order to basically make it out alive. Securing the position almost becomes secondary when they realize what they are up against and a number of difficult decisions have to be made. Mel Gibson, in this role, plays the part admirably and is relatively believable as a commander over the troops. It’s not exactly the first role you would think of for the actor, but between his stoicism and the “realistic” battle scenes, the movie is able to pull off the core elements of a war movie in this respect.

This conflict was one of the first major ones in the Vietnam War and became known as the Battle of the la Drang Valley. From a thematic perspective, Mel Gibson and his crew are at the onset of this conflict, woefully unaware of the kind of brutality that would come in facing this enemy. It’s one of the pieces the flick tries to outline and something that became apparent as the war dragged on. The American troops simply weren’t prepared for the type of fight that would happen in Vietnam and this first battle set the stage for that.

We Were Soldiers was adapted from the book We Were Soldiers Once…and Young by Moore with Mel Gibson playing the part of the author. The novel reached best-seller status for the New York Times. Joining Mel Gibson in the cast were a number of other notables. Greg Kinnear plays Major Bruce Crandall, Sam Elliott is Major Plumley, and Chris Klein plays a member of the force as well. Barry Pepper is on as Joe Galloway, a reporter who helped pen the book along with Moore. This also marks one of the first roles for Jon Hamm. Additionally, there is a simultaneous story happening on the homefront with the wives of soldiers and how they were affected. Here we have Madeliene Stowe playing Julia Moore, Hal’s wife.

Released in 2002, We Were Soldiers was moderately well-received by critics, scoring 63% on Rotten Tomatoes and 65 on Metacritic. Most praised the casting choices and overall acting involved with the key players, Mel Gibson included. There was a feeling that the flick overly celebrated the patriotism involved in the Vietnam War which stood in sharp contrast to the reality of the situation. Where other war movies blur the lines between hero and villain (it’s war, after all, things are anything but clear), this one draws distinctions between the two in a way that might not have been completely accurate for the brutal war.

We Were Soldiers came at a time when Mel Gibson was still near the height of his acting powers. He had already done Braveheart and finished up the fourth film in the Lethal Weapon franchise. The Patriot had come out two years prior and Signs would release the following year. But We Were Soldiers was still a disappointment at the box office, earning just $115 million on its $75 million budget. For a big-budget movie, this is something of a disaster.

These days, Mel Gibson has a number of different productions on the way with The Continental being one of the biggest. That will be a limited series that acts as the prequel for the John Wick franchise. In the meantime, check out We Were Soldiers on Netflix. 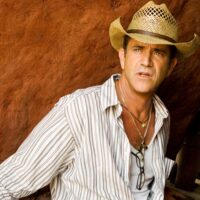 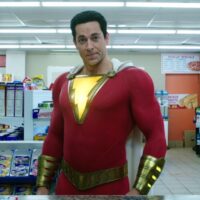 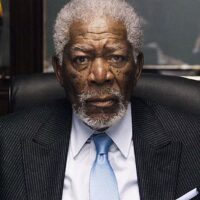 A Morgan Freeman Flop Is Taking Off On Netflix 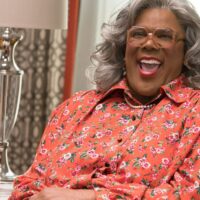