Mel Gibson is suiting up as none other than Chris Cringle in Fatman, a new action-comedy film that gives Santa Claus an R-rated edge. We’ve been waiting to see what this bonkers premise would look like when it was brought to life, and now we have our first trailer for Fatman.

Check out the trailer for the new Mel Gibson film right here:

It should be noted that Mel Gibson has had his fair share of controversies and if anyone is disinterested in seeing him in films anymore, that’s a perfectly understandable sentiment to hold. You’ll receive no argument here. However, we are just judging the movie’s preview on its own merits at this point. And in that regard, Fatman looks like it could be a fun little flick.

The idea of doing an R-rated action take on the myth of Santa Claus is nifty, and Mel Gibson certainly embodies the gruff, jaded take on the character that Fatman looks to be taking. Gibson recently delivered a solid performance in the film Dragged Across Concrete and it will be interesting to see how he handles this kind of comedic role. He definitely has experience with Christmas action-comedy films considering his attachment to Lethal Weapon, one of the best Christmas movies out there. It will be intriguing to see how Gibson brings that kind of fun to the movie.

But, Mel Gibson is not the only selling point for Fatman. Walton Goggins is also present as a hitman hired by a slighted child who wants Santa Claus dead. Goggins is one of those actors that brings immediate reproduction value to any project he is a part of. His comedic talents are incredibly dependable and it is always great to see him in action. It would not be surprising to see him steal the show.

There are some elements of this trailer that have us a little worried though. Other than the unavoidable factor of Mel Gibson, there is definitely a low budget look here that looks to be a little limiting. Action movies can live or die based on how they execute their bigger effects sequences. This trailer seems to be playing a little coy with the bigger action beats. Maybe that is just to keep us in the dark in regards to spoilers, but it could be in an effort to hide the lower budget nature of the picture.

Still, Fatman looks to be a fun enough alternative for the usual cheery Christmas film fare. Mel Gibson seems well cast for the role and this seems like a slight enough flick so that it won’t be a total waste of time. Fatman will be releasing on December 4. In the meantime, we are going to sit here and wonder if the filmmakers took the idea from the classic comic book, The Lobo Paramilitary Christmas Special. In fact, that was already turned into a cult favorite fan film. So if you feel the need to watch Santa Claus get assassinated, you can do that right now!

Fatman arrives in front of your eyes on December 4, 2020. Just in time for Christmas. 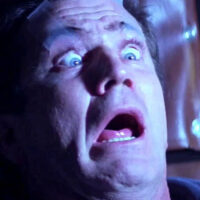