Megan Fox is in something of a comeback mode, after several years of being atypically out of the limelight. Her recent, increasingly exhausting public romance with musician/aspiring filmmaker Machine Gun Kelly has largely dominated the public discourse when it comes to Fox, but let us not forget that this is the woman who reigned over the early 2000s as perhaps the world’s most preeminent sex symbol. As such, any new public image she shares is a must-see for fans of astonishing beauty. Megan Fox just posted some images on her Instagram account of her look from the recent 2022 Billboard Music Awards, and as you can expect, they’re a knockout. Check it out here:

The first image shows Megan Fox in a close-up while on the red carpet of the award ceremony. She is beamed directly to the camera with her black hair artfully styled into brow-skimming bangs (tagged as being done by hairstylist Dimitris Giannetos) and flowing down her back. Her lips are a dark blush rose and her eyes are mascaraed in a thick black Catseye, her lashes brushed enormously full (makeup credited to Clarissa Luna). In this and the next picture in the slide, you cannot see much of Megan Fox’s actual dress, but it clearly is showing quite a lot of skin.

However, the third picture shows off Megan Fox’s dress (and figure) in all its glory. This image (credited by Getty Images to NBC’s Christopher Polk) has the Transformers actor standing with her fiance Machine Gun Keely, showing off her David Koma gown. The strapless, black matte dress has a skirt slit absurdly high, allowing the entirety of her left leg to peek out. The neckline plunges to literally her waist, matching the narrow slit of the skirt, with a sharply pointed twin bustier. Her arms are covered in opera gloves festooned with prominent, white crystal flower appliqués. It is a very dramatic look.

Megan Fox captioned the slideshow with some loving words to Machine Gun Kelly, who himself is styled in the picture with a wild cap of lilac-pink curls, a black matador jacket edged with thin metal spikes, and what appeared to be a silver-sequined turtleneck. Kelly performed a song titled “Twin Flame” at the Billboard Awards, dedicated to Megan Fox and their “unborn child,” which the actor described as “magic.”

Megan Fox recently starred in the dark crime comedy Big Gold Brick along with Oscar Isaac, Lucy Hale, and Andy Garcia. She will also be appearing in The Expendables 4, the latest installment of the Sylvester Stallone action series starring any and all available action stars willing to sign up. In recent years, Fox’s filmography has skewed towards action films like Rogue. After a brief, post-Transformers stint in which she tested the waters as a comedic figure in This is 40 and a run on the FOX sitcom New Girl, it looks like Megan Fox is ready to try out a new genre for a while. Probably not while wearing a dress like that, though. But maybe. 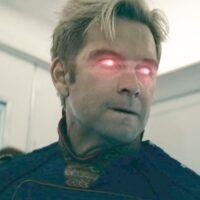