Megan Fox About To Make A Big Blockbuster Comeback?

Megan Fox hasn’t appeared in a Transformers movie in more than a decade, but that doesn’t mean we won’t ever see her back up on the screen alongside those covering hunks of metal. There are some recent rumors that Paramount Pictures might want the actress back in the fold. Insider Daniel Richtman has the latest scoop that the studio wants Fox back in the franchise when they make more Transformers movies going forward.

Megan Fox last appeared in the Transformers back in 2009’s Revenge of the Fallen. During her two-movie run there, she played alongside Shia LaBeouf as they tried to unravel the mystery of these automotive aliens and save Earth from the plodding nightmare of the unwieldy plot points around the titular characters. I’m not sure she was integral to what remained of the story, but the role was clearly a breakout one for the actress with the first two movies really putting her on the Hollywood map.

If they were to bring Megan Fox into the Transformers franchise, it would likely serve to bridge the gap between the first movies and the pivot they made in more recent films away. That move was away from the Michael Bay-led productions and into more insular stories. Fox’s Mikaela Barnes character could help with this and it’s clear, if nothing else, many Transformers fans were happy to have her around for those early films.

Fox’s career catapulted off the roles in Transformers and Revenge of the Fallen though she failed to appear in the subsequent three, Bay-led films Dark of the Moon, Age of Extinction and The Last Knight. This wasn’t by accident. Megan Fox was critical of Bay, making some pretty rough comparisons to the latter’s, um, leadership style. She’s since clarified some of those statements, but it was clear at the time the studio sided with Bay and Fox’s run on the franchise came to an end.

In terms of more big-budget films of late, Megan Fox played April O’Neil in the Teenage Mutant Ninja Turtles reboot as well as the sequel, Out of the Shadows. Those films were solid box office successes earning almost $750 million dollars on a combined on about $250 million total budget.

And now that Michael Bay is no longer working on the Transformers movies going forward, the studio might see a path to bringing Megan Fox back. After the success of Travis Knight’s Bumblebee, there are plans to rework the franchise out from underneath the Bay style. They may even take more of an R-rated approach when it comes to the Bumblee sequel or the planned Transformers: Beast Wars.

Next up for Megan Fox, other than starring in Machine Gun Kelly videos, will be the horror film Till Death in which she’s handcuffed to her dead husband. Pretty grim. And there’s also the dark Big Gold Brick about a ghostwriting gig gone wrong. Both are due out later this year. Will we see Fox back in her Mikaela Barnes role eventually? With the studio wanting it and a franchise going in a new direction, I suspect they make it happen. 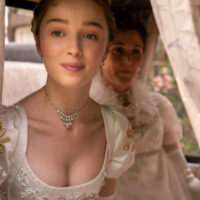 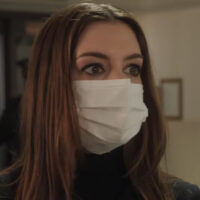 Anne Hathaway Made A Heist Movie Called Locked Down, Watch The First Trailer 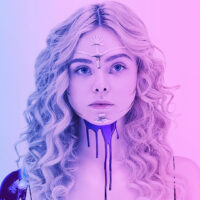 Elle Fanning Is Teaming With Her Sister To Fight Nazis 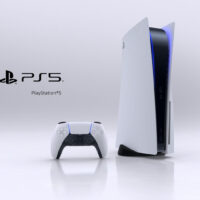 You Can Buy A PS5 Soon, Store Restock Date Imminent