Marvel’s Wonder Man Has Been Cast

Marvel has announced that Yahya Abdul-Mateen II will play Wonder Man in the upcoming Disney+ series.

Marvel has found its Wonder Man…in the DC universe. Deadline is reporting that Yahya Abdul-Mateen II will play the character in the upcoming Disney+ series. The Aquaman star will play the lead role in the live-action series currently in development from Destin Daniel Cretton (director of Shang-Chi) and Andrew Guest (producer of Hawkeye). No release date has been announced for the series, and it was expected to be years away, although the announcement of lead casting is likely to jump-start production of the series sooner than expected.

Yahya Abdul-Mateen II has already played two major characters in the DC Extended Universe (DCEU), most notably in the critically-acclaimed HBO series Watchmen, where he played Cal Abar/Dr. Manhattan and won an Emmy for Outstanding Supporting Actor in a Limited Series or Movie.

Giant Freakin Robot broke the news exclusively a year ago that a Wonder Man series was in development, but Marvel finally made it official this past June. Cretton will direct the series, and Guest will write.

When Marvel announced the series, they also revealed that Academy Award winner Ben Kingsley would reprise his role as Trevor Slattery (aka The Mandarin) in the series. Kingsley had previously played the role in Iron Man 3 and Shang-Chi and the Legend of the Ten Rings.

Wonder Man, aka Simon Williams, is known for his glowing red eyes and mutant-like, ion-based powers, which include super strength and speed. Created by Jack Kirby, Don Heck, and Stan Lee in 1964, Wonder Man was initially a villain, but ended up switching sides and eventually joining his one-time enemy, the Avengers. With new Avengers movies coming in Phase Six of the Marvel Cinematic Universe, it is possible that the series is a lead-up to have Yahya Abdul-Mateen II make a movie appearance in 2025.

The New Orleans native studied drama at Yale, and got his start in acting in the Netflix series The Get-Down playing Cadillac, and followed that up with his big-screen debut in the 2017 drama The Vanishing of Sidney Hall. He followed that up with roles in the films Baywatch and The Greatest Showman, but his role as David Kane/Black Manta in 2018’s Aquaman was his most high-profile role at the time. Yahya Abdul-Mateen II will reprise the role in Aquaman and the Lost Kingdom, now due to release on December 25, 2023.

Yahya Abdul-Mateen II also made appearances in the action flick Ambulance and turned heads playing the regenerated Morpheus in 2021’s The Matrix Resurrections. He also appeared in the recent Candyman sequel/reboot, Jordan Peele’s Us, the Oscar-nominated The Trial of the Chicago 7, and Netflix’s Black Mirror.

Yahya Abdul-Mateen II most recently appeared in the Broadway revival of Pulitzer Prize-winner Suzan Lori Parks’ play Topdog/Underdog. He will be seen next in Dwayne “The Rock” Johnson’s Emergency Contact.

Marvel very nearly went in a very different direction for Wonder Man. Firefly star Nathan Fillion filmed a cameo as Wonder Man for Guardians of the Galaxy Vol. 2, but it was cut. 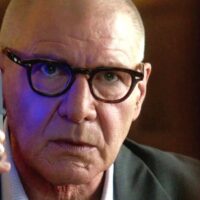