With so much coming up on the horizon for the Marvel Cinematic Universe, it makes sense that the studio would be dreaming big on a number of different projects. One might even ask, could anything be as big as The Avengers’ Infinity Saga that capped off Marvel’s Phase Four? Well, maybe. Apparently, there are even bigger productions in the works with MovieWeb putting out the rumor that Marvel might be developing a Secret Wars movie in addition to the planned Secret Invasion series on Disney+. If they were taking notes from the actual comic book storyline then this would indeed be a massive undertaking.

The mechanics around MovieWeb uncovering this possibility of Marvel developing Secret Wars is an interesting and somewhat circuitous one. Essentially, it goes like this: Jim Shooter who originally penned the first storyline for Secret Wars back in 1984 was approached by Marvel to do a novelization of the story for a fee. He declined but got the inkling that this was Marvel possibly covering its legal behind when it came to producing a movie with elements from his original story in them. It was at this point that Shooter asked Senior VP of Publishing at Marvel, Daniel Bogart, “This means you are making a movie, right?” Bogart allegedly said, “I can’t tell you that” to which Shooter replied, “I think you just did.”

Whether this conversation is an admission by Marvel executives that there is, in fact, a movie being planned remains to be seen. It could be just everyone covering their respective bases for some kind of eventuality. With so many moving parts in the Marvel Universe, there can always be discussions and plans around projects without certain ones ever coming to fruition. But planning a Secret Wars movie does make a lot of sense for the studio who have long looked for ways to get as many of the franchise’s heroes up on screen in blockbuster flicks. We saw it with the Avengers movies obviously, but then again in Captain America: Civil War and will see something of the same in ilk in the upcoming Spider-Man: No Way Home and Doctor Strange in the Multiverse of Madness.

Marvel has produced a few different series with the Secret Wars titles, though Shooter developed and wrote the first one back in 1984. In that story, the Beyonder brings basically the entirety of the relevant Marvel catalog to a Battleworld and pits heroes and villains against each other in a battle royale. There is much more to the story than that, with a number of different layers around who sides with whom, and interplay around how Earth’s heroes engage with the villains and the Beyonder as well. Another Secret Wars was developed in 2015 which also used aspects of the Multiverse to align not only a ton of characters but also different versions of them as well. Plus, the Russo Brothers have already expressed an interest in directing just such a movie.

With Marvel leaning heavily into the Multiverse and Kang mentioning the idea of realities and timelines essentially coming at odds with each in this new order, Secret Wars could be a way to eventually reconcile the Multiverse back into one timeline when it is all said and done. If Marvel’s Phase Four is going to deal with the branching of timelines into a Multiverse mess, then this would be a good way for Phase Five to possibly wrap it all up. 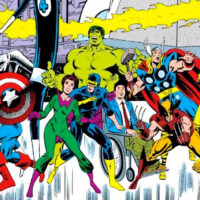 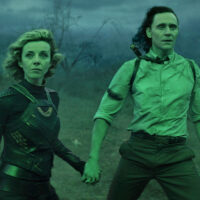