Paul Bettany–who started his Marvel career voicing J.A.R.V.I.S. and, starting with 2015’s Avengers: Age of Ultron, plays the synthezoid Vision in the flesh–has just joined the cast of a comic book adaptation of a different sort. According to Empire Online, Bettany has jumped aboard the upcoming Here which will be directed by Robert Zemeckis and will reunite the filmmaker with his Forrest Gump stars Tom Hanks and Robin Wright.

In fact, so far Bettany is the only name publicly attached to Here who wasn’t involved with the 1994 Oscar-magnet Forrest Gump. Along with Gump alums Zemeckis, Hanks, and Wright; the script will be written by Eric Roth, who won a Best Adapted Screenplay Oscar for his work on the earlier film. While he can’t boast any Marvel movies on his writing resume, Roth has written for highly acclaimed features including last year’s Dune, 2018’s A Star Is Born, and 2006’s Munich.

Of course, experience in the kinds of movies Marvel makes won’t necessarily be helpful in adapting Here. The first iteration of the story was only 6 pages long and appeared in a 1989 issue of the comics anthology magazine Raw. In 2014, writer/artist Richard McGuire published an expanded version of the story in a graphic novel.

As films like Ghost World, American Splendor, and A History of Violence prove, not every comic book inspired film is a Marvel blockbuster; but even compared to those movies adapting Here presents some unique challenges. The story doesn’t follow a traditional or linear narrative, but rather presents different moments from the same spot in the world but from different times and sometimes in the same image. For example, in the original 6-page version of Here, we see a man laughing in 1986 while in the same panel a Stegosaurus is growling in 100,650,010 B.C.

Together Robert Zemeckis and Eric Roth will have to find a way to tell a compelling, marketable story with Richard Wright’s concept, though clearly if they didn’t have something in mind the film wouldn’t be in pre-production. News first broke about the adaptation in February, though at the time Robin Wright either had yet to be attached or her involvement simply wasn’t announced.

While of all three stars, Paul Bettany is the only Marvel Cinematic Universe alum, neither Hanks nor Wright are strangers to comic book adaptations. Tom Hanks played a professional killer on the run in 2002’s Road to Perdition based on the similarly named Max Allan Collins graphic novel On the Road to Perdition from 1998. Of course, Robin Wright impressed just about every critic in the universe by playing hard against type as the fierce Amazon warrior Antiope in 2017’s Wonder Woman; a role she reprised in that year’s Justice League and in 2020’s Wonder Woman 1984. 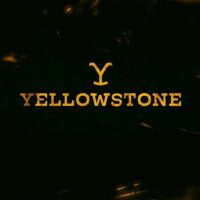 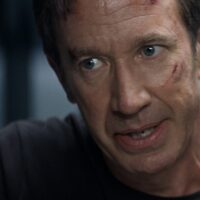