Marvel Will Televise A New Year’s Eve Party For China

2020 has been the first year since 2009 without a new film in the Marvel Cinematic Universe. Yet even with many Marvel properties being pushed to 2021, Marvel will end the year with one major surprise, as Kevin Feige has announced a Marvel-themed New Year’s Eve performance for Chinese audiences on December 31st.

While Kevin Feige doesn’t say what exactly this “performance” will be, he does say it will occur on the Bilibili New Year’s Eve Gala. Last year, the New Year’s Eve celebration included elements from Game of Thrones, Harry Potter, and Spirited Away, in addition to several musical performances. Even though the event seems to be only airing in China, one would imagine that such a performance would eventually find its way to America. Feige did, however, say that the performance will include Marvel-themed music performances that will celebrate legendary moments in the Marvel Cinematic Universe.

It’s also unclear who will be participating in this performance, whether it will be people dressed as the characters, or if actual actors from the Marvel Cinematic Universe will make an appearance. In the video announcement, Kevin Feige does point out that next year will see the release of Black Widow, Shang-Chi and the Legend of the Ten Rings, and Eternals, so it’s possible China might get a glimpse at some of these new properties.

Probably a big reason for Marvel’s push for this New Year’s Eve performance is due to Shang-Chi and the Legend of the Ten Rings, which will provide the Marvel Cinematic Universe with its first Chinese superhero. It is rumored that when casting for the role of Shang-Chi, Marvel ensured that only an actor of Chinese descent could audition for the new character.

This New Year’s Eve celebration is certainly an interesting way for Marvel to kick off what is sure to be a massive 2021 that will make up for a lack of presence in 2020. May 2021 will see the release of Black Widow, the first Marvel film since 2019’s Spider-Man: Far From Home. That will soon be followed in July with Shang-Chi and the Legend of the Ten Rings. Marvel’s 2021 will end on a strong note, with November introducing Eternals, with the untitled Spider-Man 3 wrapping up the year in December.

Yet 2021 is also going to be a huge year for Marvel on Disney+, as the company will introduce their first television programs that will be a part of the Marvel Cinematic Universe. The year will start with WandaVision in January, and The Falcon and the Winter Soldier in March. The middle of the year will see the Loki series, as well as the first season of the animated What If…? 2021 will wrap with Ms. Marvel and Hawkeye, both planning for a late 2021 release.

Marvel – and Disney in general – are pushing for a successful 2021 in China, starting with this unusual-sounding musical New Year’s Eve performance. After the drought of content that was 2020, next year is going to start with a bang and show no sign of slowing down any time soon. 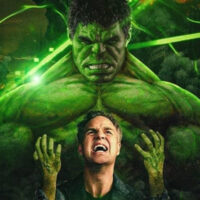