The Marvel Netflix shows were transferred over to Disney+, and it caused some drama. Now the shows have been given a huge upgrade.

Marvel took a risk by sending over the Marvel Netflix shows over to Disney+. The Defenders Saga which includes the likes of Daredevil and Punisher was met with disdain on the streaming platform. Disney+ had to release more stringent parental controls to even allow more adult material to be added to the platform. Also, there had been instances in which the shows had been edited for their content. That was rectified, but it still happened. However, despite the drama behind these shows being added, three of the six have now received some huge updates. Daredevil, Jessica Jones, and Luke Cage have now been given 4K support on Disney+.

The days of Disney+ not allowing adult content on the streaming platform seem to be over, especially considering that these shows are now getting high-definition makeovers. This could mean that their popularity is still on the rise on the platform. The makeover includes the previously mentioned 4K support. Also, Dolby Vision has been added which is an HDR technology that is meant to show the visuals as accurately as possible. This is good news for the future of these Marvel Netflix shows. So far, three of the six shows have been given this upgrade, which could mean the rest will follow suit.

It has also been announced that Daredevil is going to be given a new series on Disney+, that will finally see Charlie Cox return to his best role. There is no telling if the same level of violence will be incorporated in this new reboot, but it is said to be a continuation of the Marvel Netflix series. Disney has always attempted to maintain its “squeaky clean” persona but having the ability and want to add adult content is likely something that is now working out for Disney+. Parents may have been initially upset at the inclusion of these shows on the platform, but that is what the parental controls and warnings are for. We shall see what Disney has planned for the new reawakening of Daredevil.

Iron First, The Defenders, and Punisher are all still maintaining their normal viewing properties though they had supported 4K on Netflix. It might just be taking Disney some time to update the visuals for the rest of the Marvel Netflix shows. We would certainly like to see the Punisher in the prison scene again in 4K. There could have also been a stipulation of the deal that was made by Marvel that the shows had to support 4K at some point if they were to be moved to Disney+. That is just speculation, but if they had been supported as such on Netflix, it stands to reason that Disney+ would have to honor that same level of resolution.

Daredevil, Punisher, Iron First, Jessica Jones, Luke Cage, and The Defenders are now available to stream on Disney+. This slate of Marvel Netflix shows has been mostly successful apart from Iron First, which was the worst-reviewed of all the shows. Fans can now watch Daredevil, Jessica Jones, and Luke Cage in 4K right now on Disney+. Go see Daredevil beat the hell out of The Hand in true HD format. 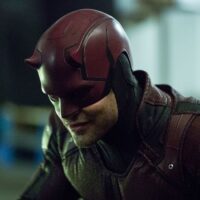 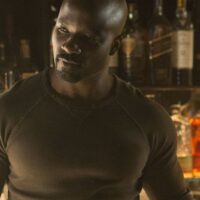 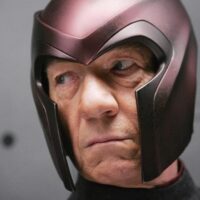