Marvel Star Teams Up With Ridley Scott For New Series

There is something that audiences around the world seem to love about actor Brian Tyree Henry. Often landing supporting roles that have spanned television and film, Henry has seen his career swing in the upward direction in recent years due in large part because of his association with the Marvel Cinematic Universe. With a memorable role in Chloe Zhao’s 2021 epic Eternals, Henry portrayed Phastos, one of just a handful of characters in the MCU that identify as LGBTQ. Now, it appears that Brian Tyree Henry might be getting the lead role of his dreams in a new television series that some would argue has been a long time coming for this excellent actor.

According to a report by The AV Club, Brian Tyree Henry has signed on to a new series produced by famed director Ridley Scott. The show is called Sinking Spring and will debut on Apple TV+, featuring eight episodes about a drug ring. Sinking Spring will star Henry in a lead role, a rarity for someone who has made a career out of character acting and hefty supporting parts. Ridley Scott is also directing the series, which is also unique for the man best known for films like Thelma & Louise, Gladiator, Blade Runner, and The Martian.

Before Brian Tyree Henry entered the Marvel Cinematic Universe, he was a working actor on television. Appearing in episodes of Law & Order and The Good Wife early in his career, the Yale School of Drama grad struck gold when he landed the part of Alfred “Paper Boi” Miles in Donald Glover’s seminal series Atlanta. Henry was nominated for the Primetime Emmy Award for Outstanding Supporting Actor in a Comedy Series for the role in 2018, and is wrapping up the fourth and final season this year. Since then, he has transitioned into movies with hits that include If Beale Street Could Talk, Joker, Widows, and The Woman in the Window. Now that Henry has done his time in supporting parts and is returning to television in Sinking Spring, The Hollywood Reporter notes that the series will be one of his first lead roles to date.

Before his run in Marvel movies and on Atlanta, Brian Tyree Henry has enjoyed a storied career where he’s been known to sneak his way into the spotlight. He is currently costarring in the Brad Pitt and Sandra Bullock film Bullet Train, where he plays one-half of a sibling pair of British assassins alongside Aaron Taylor-Johnson. Their characters have become fan favorites for their witty delivery and ability to steal scenes from bigger names like Pitt and Michael Shannon. Rotten Tomatoes currently ranks the movie with a 54% on its Tomatometer, despite an Audience Score of 77% based on over 2,500 verified ratings to the site. To date, Bullet Train has grossed over $69 million at the box office against a budget of $90 million. Here’s to hoping that Sinking Spring is a more profitable vehicle for Brian Tyree Henry than Bullet Train has been thus far. 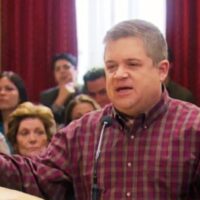 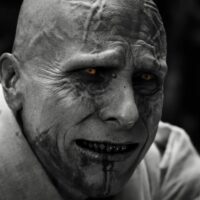 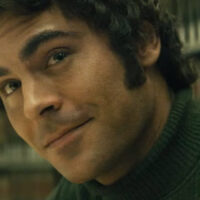