Mark Wahlberg has the number one most watched movie on Netflix and this one is really, really...something.

Mark Wahlberg is as committed to playing the movie version of a bad boy as he is to reminding people that in real life, he is a committed, highly religious family man. It is not exactly fair to criticize an actor for developing a stock character that they return to over and over again; it is actually the career arc of everyone from Arnold Schwarzenegger to JK Simmons. However, it does seem like it has been a while since Mark Wahlberg played anything but a rough-edged but still charming tough guy, whether that is as a real-life boxer turned priest tough guy, a video game fortune hunter tough guy, or, uh, a brilliant scientist tough guy. On the other hand, his latest movie Me Time is currently the number one most watched movie on Netflix, so you can’t blame him for sticking to a formula.

Me Time stars Mark Wahlberg as Huck Dembo, a name that is both delightful and not something anyone has been called ever. It opens with his 29th birthday, where he and a group of friends that most prominently features Sonny Fisher (Kevin Hart) are prepared to cliff dive while wearing those suits that make you glide like flying squirrels. With admirable efficiency, the movie sets up that Mark Wahlberg is the impulsive cool one, Kevin Hart is the constantly worried, frantic one, and they are childhood friends (which requires a little suspension of disbelief, given Wahlberg is nearly a decade older than Hart, but hey, it’s a movie). After the opening scene (which, as you might expect, does not go well in terms of gliding or lifelong friendship), Kevin Hart really takes over as the lead of the movie.

However, there is practically a ticking clock in the corner counting down to Mark Wahlberg showing up again. Me Time quickly show that Kevin Hart is married to Regina Hall, has two children that both of them seem a bit detached from, and he is pretty stressed. After an extended amount of scenes in which we see that Kevin Hart does not really have any friends or hobbies, it is determined that he needs to take the titular “me time” to chill out a bit.

Much like Mark Wahlberg, Kevin Hart long ago found a formula that works for him. Pair Kevin Hart up with a larger, intimidating action star (it could be Woody Harrelson filling in for Jason Statham or it could be Dwayne Johnson, it’s much the same) and let him get loudly frantic about something or other. The dollars will roll in, guaranteed. Once again, this is fair. Both Kevin Hart and Mark Wahlberg have found phenomenal success with their chosen stock characters, and it is understandable that they would return to them. Clearly, it works, given that Me Time is currently crushing it on the biggest streaming service in the world.

Still, this is a movie in which Kevin Hart stabs a mountain lion with an EpiPen to defend himself and Mark Wahlberg wears that big hat that Pharrell Williams likes so much, which is to say, there are some fun things. Me Time is absolutely destined to be casual comfort watching, particularly since the algorithm will no doubt push this Netflix production to the top of everyone in the world’s suggested list. It is getting absolutely savaged on Rotten Tomatoes already, but if there was ever a movie that was made to pass the time and absolutely not care about critics, it is this one. Can’t fault Mark Wahlberg for that. 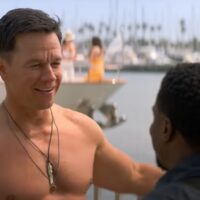 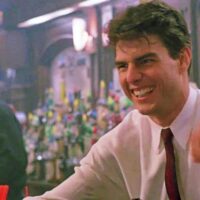 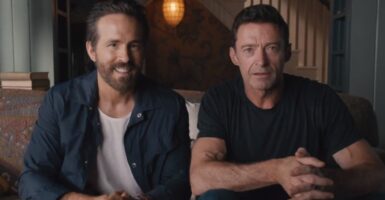