NCIS fans have grown used to a few constants in their life when it comes to the series. The first is that it will just always kind of be on and that the investigators on the show will be able to solve the crimes when it’s all said and done. And the other is that Mark Harmon will be part of the series. It’s been that way for almost two decades now, but all good things must come to an end. With the events of the fourth episode of the 19th season, and confirmed by Deadline, Mark Harmon will be stepping away from NCIS for good, his character Leroy Jethro Gibbs opting for retirement and out of the criminal investigation business.

Mark Harmon said his (for now) goodbyes to the NCIS fans on Monday night when his Gibbs character was on assignment in Alaska with some other members of the crew. After solving their case, Harmon’s character decided that the frontier of the great North more suited him than the Washington, D.C. criminal rat race. In a scene that saw him fishing and enjoying the quiet life, he informed his partner and then the director that he’d be staying there for good. It still leaves the door open for Harmon to come back in some fashion if the moment or the storyline calls for it, but for now, it looks like the show will move on without him.

Gibbs deciding to retire to Alaska ends an 18+ season run for Mark Harmon on NCIS that started all the way back in 2003. He effectively played the lead in the show for much of its run, through the series has seen a plethora of folks come in and out over the years with more and more storylines opening up. The procedural drama has been one of the mainstays of the genre over the last couple of decades, helping to start numerous spin-offs along the way for CBS both in terms of different investigative units (J.A.G) as well as getting the NCIS investigators just in different geographic locations.

Mark Harmon is leaving NCIS but will stay on as a producer for the show with current series showrunner Steve Binder leaving the possibility open that Harmon could return at some point. For a show that’s created all kinds of secondary plot lines, it’s actually a bit unrealistic to think that we have seen the last of Mark Harmon here. It’s just the nature of this kind of network television show, with characters often stepping away and then coming back down the line either for a guest appearance or to create a new show of their own. That second part is simply speculation, but NCIS: Anchorage does kind of have a nice ring to it.

For as recognizable as Mark Harmon is these days, it’s mostly for the work he’s done on NCIS over the years. Considering the length of his career, a vast majority of his credits are related to this series or its spin-offs. More power to him and a testament to how popular this series has become over the years. It’s consistently ranked in the top-5 in Nielsen ratings for overall viewership over the last 13 or so seasons. Harmon stepping away, while a blow to the series, is unlikely to affect the ratings all that much going forward. This series is just a powerhouse for CBS. 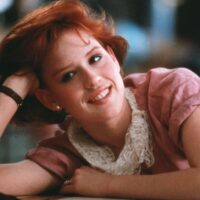