The Marvel Cinematic Universe seems poised to take a dark turn in the upcoming planned phases, and Mahershala Ali is going to be a big part of it. The Green Book actor was announced all the way back in 2019 to taking the role of Blade, Marvel’s most famous daywalking vampire, to the MCU, and things have been mostly quiet since then. The closest that we have gotten to an appearance was in the post-credits scene of 2021’s Eternals, when Dane Whitman (Kit Harington) seemed to suddenly hear an unseen Blade warning him about the, uh, Ebony Blade (there’s only so many words for swords). Now, rumors are flying that Mahershala as Ali is going to be debuting in an upcoming Halloween special on Disney+, along with a character named Werewolf by Night and possibly others.

Marhershala Ali’s casting as Blade was viewed with much excitement back in 2019. Not only was Ali one of the most acclaimed actors yet to be hooked into the MCU (the man has two Oscars, three SAGs, a BAFTA, a Golden Globe and an Emmy, for crying out loud), but Blade has been a longtime fan favorite. In the long ago, before comic book movies were the dominant and somewhat respected force in modern cinema, the 1998 movie Blade was a lifeline for fans. Starring Wesley Snipes as the titular vampire/vampire hunter, the movie was a surprise box office success and acclaimed for its darkly stylish visuals. Two sequels followed, one directed by horror master Guillermo del Toro and another being the third movie, and then the series went dormant. Although there was some fan outcry to bring Snipes back, it seems everyone is on board with Ali in the role.

Although the time period between the announcement of Mahershala Ali portraying Blade and a single whispered line in the post-credits sequence of an unrelated movie seems pretty long, we can probably assume that Marvel Studios mastermind Kevin Feige knows what he is doing. The upcoming Doctor Strange in the Multiverse of Madness is being touted as the MCU’s first “horror” film, and the increasing dominance of magical arts among the world of superheroes indicates that the films are going all in on that aspect of Marvel Comics. It has been rumored for a while now that a Halloween special on the Disney+ streaming platform (which Disney has been increasingly relying on to debut new offerings for both MCU and Star Wars) would bring in actor Gael Garcia Bernal as some version of Werewolf by Night. It would also be a prime opportunity to bring in Blade.

We shall have to see whether this pans out for our first actual sight of Mahershala Ali as Blade. Given that The Scarlet Witch/Wanda Maximoff (Elizabeth Olson) was last seen in the final moments of the Disney+ (see?) series WandaVision learning forbidden magic from a scary-looking book called The Darkhold and Doctor Strange is going to be fighting some tentacle monsters from other dimensions, it sure seems like things are going to be getting more spooky around the MCU. That’ll be the right time for Blade to show up. 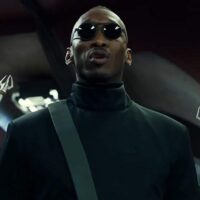 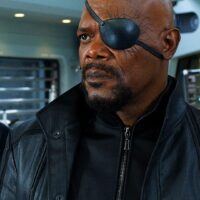