One of the original cast of Mad Men is interested in doing a spinoff series for the award-winning series. We would definitely love to see it

Could we someday return to the world of Mad Men, a reunion of sorts with the Draper family or whatever is left of them at this point? At least one of the original main cast would like to see it happen, hoping at some point to come back to her character in a story about what happened later in life and after the series went off the air. Kiernan Shipka was doing an interview with Entertainment Weekly (via Hollywood Reporter) and discussed the possibility of another set of stories for Sally Draper in a Mad Men sequel.

During the discussion with ET, Kiernan Shipka talked about playing Sally Draper through seven seasons of Mad Men. Though she had a smaller role to start the series, things expanded as she grew older and there were more narrative pieces around her coming of age in her teen years. While not completely central to the story, this was an important piece of the overall narrative, especially as she begins to understand more about her mother and father. Shipka definitely would like to return to the Mad Men role at some point saying, “I’m not done with Sally…I don’t think she’d be in New York. I think she’d do L.A.…but I’m not done with her at all.”

In this day and age of content and streaming, really everything is on the table when it comes to revisiting popular series. While there really hasn’t been much in the way of news suggesting we could get a return to the world of Mad Men, sometimes talents expressing interest in a story is enough to kickstart some of the discussion around a revival. Since Mad Men aired its final episode Kiernan Shipka went on to star in Chilling Adventures of Sabrina and then Swimming with Sharks. She is set to have a role in HBO’s The White House Plumbers when that hits the network later this year.

Mad Men aired for seven seasons on AMC and told the story of Jon Hamm’s Don Draper, an New York City advertising executive starting in the late 1950s. The show, created by Matthew Weiner, details Draper’s trials and tribulations within his family as well as his agency while he deals with his own inner demons. The show worked in a number of historical touchpoints as part of its story, bringing the viewer along in a fictional story that mirrored much of what was happening in America during these decades. The series went on to win numerous Primetime Emmy Awards including four times for Outstanding Drama Series. Hamm won for Outstanding Lead Actor in a Drama Series for the final season.

Since it aired its final episode in 2015, there really hasn’t been much talk in the way of spin-off series or sequels for Mad Men with Weiner apparently wrapping up his story in the way he originally envisioned. But with Kiernan Shipka possibly interested in a revival of her role, maybe things start spinning up. Weiner’s most recent work was on the Amazon series The Romanoffs which lasted one season on the streamer. 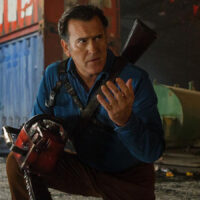 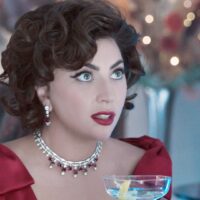 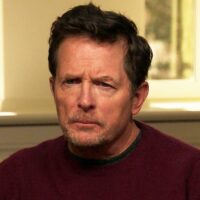