Mace Windu is one of those Star Wars characters that was always going to be a fan favorite. Played by stalwart actor Samuel L. Jackson, the cool and skilled Jedi knight was one of the brighter spots to come out of the Star Wars prequel trilogy. While the character has made some appearances here and there, he has never been given a total focus for his own project. That could be changing.

A new rumor is circulating that Disney is looking to develop a project that would focus on Mace Windu. This rumored project would involve casting a new younger actor in the role but leaving Samuel L. Jackson as the older representation of the Jedi knight. Could this potential project be focused on two separate points in the Jedi’s life?

Obi-Wan Kenobi has had a television series being developed around him for ages now. With that project taking so long to manifest, have the folks over at Lucasfilm started to look at other characters to build upon? Mace Windu seems like another major figure in the Star Wars canon to expand with new projects.

But what exactly is this new Mace Windu project supposed to be? Is it a feature film or a series that would be created for Disney’s streaming service, Disney+? The Mandalorian has proved to be an incredibly successful experiment for the Star Wars franchise. Is the Mouse House thinking about taking a similar path with the mysterious Jedi knight?

That would seem like the best route to take. A Mace Windu movie feels like it’s too niche for a mainstream theatrical film. However, focusing on the character for a Disney+ series would give him the proper time to be fleshed out as a character. Plus, the added star power of Samuel L. Jackson in some capacity would make a series an enormous curiosity for most folks.

It should be noted that this Mace Windu rumor does state that this project has only begun to be floated as an idea at Lucasfilm. There has been no official movement on this supposed project. With The Mandalorian about to release its second season in October, you can bet Disney will be seeing if a streaming series might be the most successful avenue for a new Star Wars story about the important Jedi master.

A Mace Windu series centering around a young version of the character would also be an interesting way to explore a period in the Star Wars canon that we haven’t seen on screen yet. The era of years before Star Wars: Episode I – The Phantom Menace would be ripe for exploration. We know we will be seeing some of that in the High Republic pieces of media. Could this Mace Windu series fit in with that overall plan?

We probably won’t be hearing any news about this Mace Windu project any time soon. There are so many Star Wars projects in some stage of development, and they would have to fall by the wayside before this could get off the ground. But, these kinds of decisions can happen at any moment. If we hear any official confirmation, we will immediately report it to you good folks. 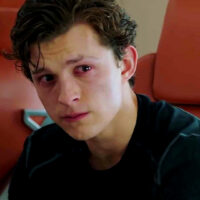 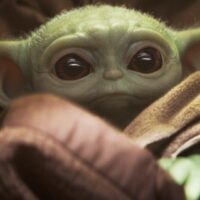